Barbara A. Chalk, RN, Recognized for Dedication to Nursing

Ms. Chalk was selected to receive the Dr. Walter Atkinson Award in recognition of her contributions to the health care industry

She is credited as the co-editor of "Core Curriculum for Operating Room Nurses-Neurosurgery."

VIRGINIA BEACH, VA, August 02, 2018 /24-7PressRelease/ -- Barbara A. Chalk, RN, is a distinguished biographee of Marquis Who's Who. As in all Marquis Who's Who biographical volumes, individuals profiled are chosen from among a pool of the most prominent professionals and are selected on the basis of current reference value. Factors such as position, noteworthy accomplishments, visibility, and prominence in a field are all taken into account during the selection process.

A former medical and surgical nurse, Ms. Chalk served as a clinical coordinator of the neurosurgery operating room at Sentara Norfolk General Hospital for more than two decades prior to her retirement in 2000. In addition to contributing numerous articles to professional journals, she is credited as the co-editor of "Core Curriculum for Operating Room Nurses-Neurosurgery."

Although Ms. Chalk officially retired at the turn of the century, she continues to be recognized as a member of the Board of Directors with the Parkinson Disease Association and volunteer with Heart Hospital and Sentara Norfolk General Hospital. She is noted as a former vice president of AURN and former president-elect of the American Association of Neuroscience Nurses. In recognition of her contributions to the medical community, Ms. Chalk was selected to receive a Certificate of Merit from the Parkinson Disease Association in 2001. Since her retirement, she has also been featured in a wide range of honors publications, including Who's Who in America, Who's Who of American Women and Who's Who in American Healthcare. 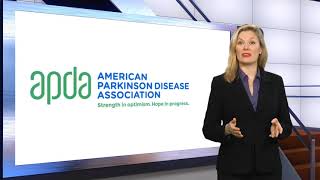