He takes great pride in doing his part to continue improving the software, which is already recognized for its potential applications in many different fields,

LIVERMORE, CA, January 17, 2019 /24-7PressRelease/ -- John O. Hallquist, Ph.D., is a distinguished biographee of Marquis Who's Who. As in all Marquis Who's Who biographical volumes, individuals profiled are chosen from among a pool of the most prominent professionals and are selected on the basis of current reference value. Factors such as position, noteworthy accomplishments, visibility, and prominence in a field are all taken into account during the selection process.

A widely regarded engineering company executive, Dr. Hallquist was responsible for founding the Livermore Software Technology Corporation in 1987. Based in California, the company offers a wide range of products and services that assist with the simulation and analysis of real world problems, such as those that would arise in the automotive and aerospace industries. At the helm of the Livermore Software Technology Corporation is Dr. Hallquist, who continues to lend his expertise in large-scale software development for multi-physics applications as the president of the company. He takes great pride in doing his part to continue improving the software, which is already recognized for its potential applications in many different fields, including automotive crashworthiness and occupant safety, earthquake engineering and soil-structure interaction, and metal forming.

Reflecting on a career that has spanned more than four decades, Dr. Hallquist has always held an interest in engineering. At Western Michigan University, he received a Bachelor of Science in industrial engineering, magna cum laude, in 1970. He completed his formal education at Michigan Technological University where he received a Master of Science in mechanical engineering and engineering mechanics in 1971, and a Doctor of Philosophy in mechanical engineering and engineering mechanics in 1974. Shortly thereafter, Dr. Hallquist was employed by the Lawrence Livermore National Laboratory to work in the nuclear weapons program. He remained in this position until 1987, when he felt he had gained enough industry knowledge and experience to set forth on his next professional endeavor.

Celebrating three decades as the president of the Livermore Software Technology Corporation, Dr. Hallquist has ambitious plans for the future. Looking ahead, he plans to work with his team and his son Nathan to develop complete multi-physics capabilities within the software, which would allow the software to be used in all aspects of automotive design. Dr. Hallquist believes there will be a time when only one piece of software will be needed for this complex task, and he intends to remain at the forefront of every step in the progressive process. To this end, Dr. Hallquist is the inventor or co-inventor on nineteen industry patents and maintains involvement with the National Academy of Engineering. Since the inception of his career, he has set himself apart by never taking any venture capital or investments, ensuring that the Livermore Software Technology Corporation may focus all of its efforts and resources on implementing new capabilities.

In recognition of his role as an innovative pioneer in the field of engineering, Dr. Hallquist was selected to receive the Applied Mechanics Award by The American Society of Mechanical Engineers in 2003. He was previously presented with the Department of Energy Award of Excellence for Significant Contributions to Nuclear Weapons Program in 1986, just one year before founding the Livermore Software Technology Corporation.

Over the years, Dr. Hallquist has been featured in a wide range of honors publications, including Who's Who in Finance and Business, Who's Who in America, Who's Who in Science and Engineering, Who's Who in the West and Who's Who in the World. He was most recently selected to receive the Albert Nelson Marquis Lifetime Achievement Award in 2017. Considered one of the highest distinctions available through Marquis Who's Who, this honor is reserved for biographees who have demonstrated leadership, excellence and longevity within their respective industries and professions. In addition to his status as a Lifetime Achiever, Dr. Hallquist has been featured in the Wall Street Journal and Marquis Who's Who Top Engineers. 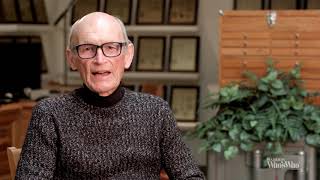