Patricia Hayes is a Celebrated Musician and Teacher

Ms. Hayes turned her passion for music into a career as an educator

It is her wish to leave behind the legacy of a career well-spent and a life well-lived as a music maker and a guide to the next generation of musicians.

CHESAPEAKE, VA, March 06, 2019 /24-7PressRelease/ -- Patricia Hayes has been included in Marquis Who's Who. As in all Marquis Who's Who biographical volumes, individuals profiled are selected on the basis of current reference value. Factors such as position, noteworthy accomplishments, visibility, and prominence in a field are all taken into account during the selection process.

As a lifelong music educator, Patricia Hayes gained a passion for music when she was a little girl. She began playing the piano between the ages of 3 and 4 after watching her older sister play. She recalls being put in another room while her sister practiced, and she was forbidden from entering the room and interrupting. When Patricia's sister had finished her lesson, she would enter the room and play exactly what she had heard her sister play. In so doing, she had demonstrated a fantastic ability to play by ear, a talent that few musicians have.

Though she does not consider her grasp of musical theory to be strong, Patricia's talent as a musician is undeniable. When she was in high school, her brother-in-law, who had already graduated, let her borrow his trumpet to audition for the band. Despite never having played a trumpet before, Patricia was able to play well enough that she was offered a position in the band. Unfortunately, this position was later filled by another student, who had prior middle school band experience, once it became apparent that Patricia could not read sheet music. Undaunted, she decided to join the chorus. The choral director asked Patricia why she had joined the chorus instead of the band. When she explained, the director offered her the opportunity to play for the school using the French horn. Although she did not know how to play a French horn, she jumped at the chance and attended lessons to master this new instrument. Over time, and with a lot of hard work, Patricia made it to regionals on her French horn.

Although she had an undeniable talent for music, Patricia had no desire to become a teacher early on in her career. She played music, and as far as she was concerned, that was what she was put on this Earth to do. As it turned out, she was required to take some education courses as part of her college education, and she found that it was an enjoyable experience, so she changed her tune and decided to become a music teacher. She earned a Bachelor of Arts from the West Virginia University Institute of Technology in 1956 and a Master of Science and Education from Old Dominion University in 1970.

Apart from her professional roles, Patricia served as the judge of the Doris Sahr Memorial Piano Competition, as well as the Director of Music Programs and Music Festivals for the City of Chesapeake, VA. She has also played organ at churches, weddings and receptions.

A major turning point for Patricia came when she decided to have her first child. At the time, teachers were not allowed to work while they were pregnant, so she was obligated to take a leave of absence while she started a family.

Patricia takes justifiable pride in the fact that her children grew up to be happy and successful, and that her granddaughters will be able to do what they want to with their lives. One of her granddaughters played violin all through high school and the other one was in sports and went to nationals on her sporting abilities. They both excelled and went on and worked hard to get where they are. She is very proud of all of her children and grandchildren.

On a personal level, Patricia believes that music is the universal language. Instead of cutting music programs from the school system, she feels that arts should be included in the education of every school. As she puts it, "It is important for the children to learn because they use music in every aspect of life. No matter what form of music is taught, it's just as important as sports and it is worth having in the school system."

As she taught general music to her students, Patricia tried to motivate them to love music no matter what was taught. She would hold programs and performances at every school in which she taught, whether it was on a stage or just in the hallway. She would try to incorporate all kinds of music, not just classical music.

In recognition of Patricia's talent and dedication, she received an Outstanding Music Award from the Portsmouth City School Board in Virginia in 1992. She also received the Grand Cross of Color from The International Order of the Rainbow for Girls. Presently retired, Patricia looks back on a career filled with accomplishments and happy memories. It is her wish to leave behind the legacy of a career well-spent and a life well-lived as a music maker and a guide to the next generation of musicians. 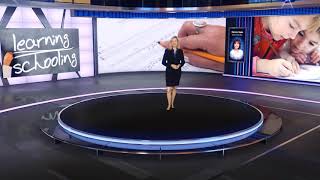