Edward Horowitz Gives Every Client His All as an Attorney

Mr. Horowitz fights vigorously for his clients, with an impressive number of cases to his name

To date, he has served as lead counsel in more than 540 appellate cases, including 370 civil and 170 criminal matters.

PACIFIC PALISADES, CA, March 06, 2019 /24-7PressRelease/ -- Edward Horowitz has been included in Marquis Who's Who. As in all Marquis Who's Who biographical volumes, individuals profiled are selected on the basis of current reference value. Factors such as position, noteworthy accomplishments, visibility, and prominence in a field are all taken into account during the selection process.

With more than 50 years in practice, Edward J. Horowitz has spent his career fighting on behalf of his clients. To date, he has served as lead counsel in more than 540 appellate cases, including 370 civil and 170 criminal matters.

After earning his JD, Mr. Horowitz joined the California Department of Justice as a deputy attorney general in 1966, holding this position until 1969. At that point, he felt confident enough to strike out on his own, becoming a partner of Goldhammer & Horowitz in Los Angeles. He later became a senior attorney with the Second Appellate District of the California Court of Appeals in Los Angeles and a partner of Horvitz, Greines & Horowitz. In 1978, Mr. Horowitz began his private practice, Edward Horowitz, A Professional Corporation, where he remains to this day.

In recognition for his hard work and excellence in his field, Mr. Horowitz was honored with an AV rating from Martindale-Hubbell, which he has maintained since 1979. He has also been recognized as a Best Lawyer in America by the U.S. News & World Report in 2017.

Throughout his legal career, Mr. Horowitz has authored or co-authored a number of articles to professional publications, including "Practitioner's Guide to California Habeas Corpus," published in the Journal of the Beverly Hills bar Association in 1974 and "Protecting the Record on Appeal," published by Los Angeles Lawyer in 1990.

One of the main highlights of Mr. Horowitz's career was the realization that he had reached a level of success equal to any lawyer that he knew. He had some major cases under his belt, including the representation of Nicole Brown Simpson's estate in O.J. Simpson's appeal case regarding the judgment against him. Most of the damage awarded against him was really not that clear under the law having to do with punitive damages. There was nothing in existing law that said it should be upheld, it was too big, but the award was upheld. Mr. Horowitz cannot say the appellate court would have reached the same results without the brief he wrote, but he devised a theory that was adopted by the appellate court and that was upheld by the state supreme court and has been cited in other cases. Overall, Mr. Horowitz has minimal regrets and is proud that he gave every client all he has.

Looking ahead, Mr. Horowitz plans to retire, leaving behind a legacy of successful legal practice that is sure to be the envy and aspiration of those who follow. 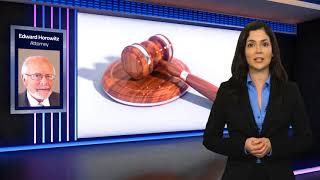