Dr. Kroncher has served as an educator in countries around the world

A widely renowned economist, Allan Edgar Kroncher, Ph.D., has served as a consultant and lecturer for more than 40 years.

RAMAT HASHARON, ISRAEL, March 18, 2019 /24-7PressRelease/ -- Allan Kroncher has been included in Marquis Who's Who. As in all Marquis Who's Who biographical volumes, individuals profiled are selected on the basis of current reference value. Factors such as position, noteworthy accomplishments, visibility, and prominence in a field are all taken into account during the selection process.

A widely renowned economist, Allan Edgar Kroncher, Ph.D., has served as a consultant and lecturer for more than 40 years. He has been featured in a wide range of honors publications, including the 7th through 12th editions of Who's Who in Science and Engineering, and the 19th through 33rd editions of Who's Who in the World. Throughout the course of his career, Dr. Kroncher has authored more than 400 publications, including articles, research papers and analyses pertaining to his areas of expertise. His work has appeared in numerous professional journals and publications, such as Kontinent, an émigré dissident journal which focused on the politics of the Soviet Union and its satellites; Les Echos, the first daily French financial newspaper; and Soviet Analyst, now recognized as the only publication that specializes in exposing Moscow's continuing strategy. Dr. Kroncher was most recently credited as the author of "Per Aspera," which was published in 2018. The name of the publication is derived from the Latin phrase, "Per aspera ad astra," which translates to, "through hardships to the stars."

A native of Moscow, Russia, Dr. Kroncher was born in 1935 to Benjamin Kroncher and Raya Kroncher. Prior to pursuing a career in economics, he attended the Plekhanov Moscow Institute of the National Economy, where he received a master's degree, cum laude, in 1957. Dr. Kroncher went on to complete a Ph.D. at the educational institute in 1962 before accepting a position as a lecturer. Between 1968 and 1971, he served as an assistant professor with the Plekhanov Moscow Institute of the National Economy. Now known as the Plekhanov Russian University of Economics, the institute was founded in 1907 as the first finance-specialized college in the Russian Empire. It became recognized as among the most prestigious universities in the world during Soviet rule and has changed its name many times throughout its existence.

Beginning in 1973, Dr. Kroncher worked as a researcher with Radio Free Europe in Munich for 10 years. He became the chief of the research unit in 1983, and served in this position until 1987, when he transitioned into a role as editor of the economic program. Although Dr. Kroncher is now retired, he continues to assist the finance industry as a private consultant in Ramat HaSharon, Israel. He previously worked as a private consultant in Munich between 1995 and 1998, and in Calpe, Spain, between 1998 and 2014. Drawing upon previous military service, Dr. Kroncher is a reserve officer in Russia, as well as a private reservist in Israel. An Israeli resident, he has lived in many countries throughout the world, including the United States. He enjoys pursuing his interests in military history and travel in his spare time.

In recognition of his numerous career accomplishments, Dr. Kroncher was selected to receive the Albert Nelson Marquis Lifetime Achievement Award in 2017. Considered one of the highest distinctions available through Marquis Who's Who, this honor is reserved for biographees who have demonstrated leadership, excellence and longevity within their respective industries and professions. In addition to his status as a Lifetime Achiever, Dr. Kroncher has been listed in an online roster of recipients of this award. He has also been featured on Marquis Industry Experts, an online tool that provides public access to the most prominent biographical profiles contained within the Marquis database. 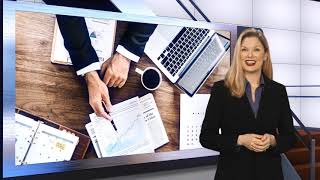