Dr. Durwood Neal is certified in urology by the American Board of Urology, and he is licensed to practice medicine in the States of Texas, Montana, Oklahoma and Georgia.

AUGUSTA, GA, March 18, 2019 /24-7PressRelease/ -- Durwood Neal has been included in Marquis Who's Who. As in all Marquis Who's Who biographical volumes, individuals profiled are selected on the basis of current reference value. Factors such as position, noteworthy accomplishments, visibility, and prominence in a field are all taken into account during the selection process.

As a professor at Augusta University, Dr. Durwood Neal teaches medical students. Although he chose to study medicine to follow in his father's footsteps, Dr. Neal's father advised him against entering family medicine, because the practice of medicine was changing. Instead, Dr. Neal chose to become a part of that change by becoming a medical educator.

Dr. Neal prepared for his career by earning a Bachelor of Science in biology from Texas Christian University in 1975 and an MD from the UT Health Science Center in San Antonio in 1981. He completed his internship and residency at The University of Texas Medical School in 1981 and 1987, respectively.

Following his medical training, Dr. Neal served as the chairman of urology at The University of Oklahoma-Tulsa, the University of Missouri, Columbia and Southern Illinois University. He is certified in urology by the American Board of Urology, and he is licensed to practice medicine in the States of Texas, Montana, Oklahoma and Georgia.

Apart from his official capacities as a medical professor, Dr. Neal has been affiliated with several educational and health care organizations, including the Jefferson Club of the University of Missouri, the Study Section of the National Institute of Diabetes and Digestive and Kidney Diseases, the Urology Section of SMA, National Institutes of Health, the American Urological Association and the American College of Sergeants.

When asked to summarize his work in a single word, Dr. Neal chose "dedication." He has completely devoted himself to the service of others, both in terms of caring for patients, and for training the next generations of medical professionals. He has skillfully passed down his extensive knowledge of urology, and he plans to continue this work in the years to come. 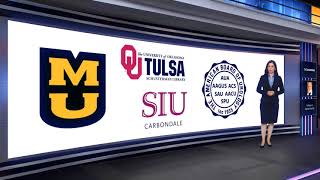