SAGAPONACK, NY, March 18, 2019 /24-7PressRelease/ -- Martin Puris has been included in Marquis Who's Who. As in all Marquis Who's Who biographical volumes, individuals profiled are selected on the basis of current reference value. Factors such as position, noteworthy accomplishments, visibility, and prominence in a field are all taken into account during the selection process.

Before embarking on his professional path, Mr. Puris pursued an education at DePauw University, completing coursework. From 1962 to 1964, he began his career on the staff of Campbell Ewald. Following this appointment, he served on the staff of Young & Rubicam, Inc. from 1964 to 1966. Mr. Puris continued his excellence in his areas of expertise as vice president of Carl Ally, Inc. from 1966 to 1974.

From 1974 to 1994, Mr. Puris held the roles of president and chief executive officer for Ammirati & Puris, Inc. He would go on to contribute to the IPG Group from 1995 to 1999. In 1999, he authored "Comeback: How Seven Straight-Shooting CEO's Turned Around Troubled Companies." In addition to his primary trade, Mr. Puris remains affiliated with the Devon Yacht Club, the Union Club, the American Yacht Club, the Nantucket Yacht Club and the New York Yacht Club.

Beyond his efforts within his field, Mr. Puris has participated in numerous endeavors outside of his professional circles. He has maintained involvement on the board of directors for the American Society for the Prevention of Cruelty to Animals, treasurer of Hampton Classic, managing director of the New Things Investment Group, and vice chairman of Sheltering Arms. Notably, Mr. Puris previously served as the media advisor for President George H.W. Bush.

In light of his exceptional undertakings, Mr. Puris has accrued several accolades and honors throughout his impressive career. Having received awards from the Cannes Film Festival, he was inducted into the Creative Hall of Fame of The One Club in 2013. Likewise, he was honored as an Industry Expert in 2016 and the Distinguished Worldwide Humanitarian in 2017. He was further selected for inclusion in many editions of Who's Who in Finance and Business, Who's Who in Finance and Industry, Who's Who in America, Who's Who in the East and Who's Who in the World. Looking towards the future, Mr. Puris hopes to continue growing his company alongside his excellent professional acumen. 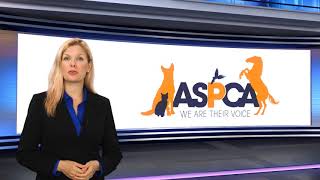