One of Dick Ragsdale's main goals as a health care administrator was to give rural hospitals access to top-of-the-line equipment.

NASHVILLE, TN, March 18, 2019 /24-7PressRelease/ -- Dick Ragsdale has been included in Marquis Who's Who. As in all Marquis Who's Who biographical volumes, individuals profiled are selected on the basis of current reference value. Factors such as position, noteworthy accomplishments, visibility, and prominence in a field are all taken into account during the selection process.

As a retired health care administrator, Richard Ragsdale reflects on the positive changes he was able to make for the health care industry as a whole, as well as the pleasure he took in serving his community.

Mr. Ragsdale's formal education kicked off with a Bachelor of Business Administration, which he earned from the Ohio State University in 1965, and he received a master's degree in international commerce from the Thunderbird Graduate School of International Management in 1968. From that point forward, the bulk of Mr. Ragsdale's education was taught through life lessons and business experiences.

Mr. Ragsdale started off his career as an assistant treasurer with Chase Manhattan Bank in 1968. He remained in banking for five years before branching out into medical administration and hospital management. He transitioned into the role of vice president and treasurer, incorporating his financial background, of Hospital Affiliates International in Nashville, Tennessee, where he would spend seven years learning the ins and outs of the health care system. With this experience under his belt, he became vice president, treasurer, and chief financial officer of INA Health Care Group in Dallas, Texas in 1982.

A major development in Mr. Ragsdale's career was becoming one of the founders of Republic Health Corporation, which raised more than $400 million in public capital markets in 1983 and 1984. He went on to serve the firms of Health Systems Inc., and Great Northern Health Management, Ltd., in various capacities. In 1996, Mr. Ragsdale joined Community Health Systems Inc. as co-chairman. The role allowed him to officially retire from the field in 1998 after the company accepted a leveraged buyout from Forstmann Little in the amount of $1.1 billion.

One of Mr. Ragsdale's main goals as a health care administrator was to give rural hospitals access to top-of-the-line equipment, while also recruiting top medical professionals and making quality care more accessible to traditionally underserved areas. Years after his retirement, Mr. Ragsdale spent three years as a director for the community health company HealthMont, Inc., as well as two years serving as director of Vanderbilt University Technology Company, from 2001 to 2003. A member of Federation of American Hospitals, Mr. Ragsdale served on the legislative commission from 1984 to 1995. He also served as a trustee for Watkins Institute from 1988 to 1994, as a trustee and chairman for Benton Hall School, and as a trustee and chairman for Maryville College for many years. Further, he was a coach for the Spring Valley Athletic Association for a short time in the mid-1980s, and he has served as chairman of the Hospital Authority of Metro Government Board of Trustees since 1999 and director of the Nashville Zoo since 2000.

Mr. Ragsdale's success does not end there. He has received numerous awards and accolades, including a Thunderbird Distinguished Alumni Award for Entrepreneurship in 1990 and a Jonas Meyer Distinguished Alumni Award in 1993, both from Thunderbird School of Global Management. Additionally, he is the recipient of a 1999 Maryville College Medallion and a 2011 Sage Award from the Council on Aging of Middle Tennessee, as well as an inductee in the 2010 Benton Hall Academy Hall of Fame. Mr. Ragsdale has also been included in more than 30 Who's Who publications, to include Who's Who in America, Who's Who in Medicine and Healthcare, and Who's Who in the South and Southwest. 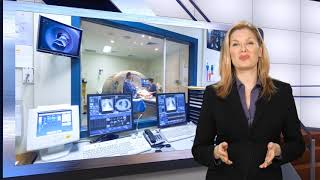