Mr. Rice has held several government positions in California in addition to his legal work

HAMPTON FALLS, NH, March 18, 2019 /24-7PressRelease/ -- Denis Rice has been included in Marquis Who's Who. As in all Marquis Who's Who biographical volumes, individuals profiled are selected on the basis of current reference value. Factors such as position, noteworthy accomplishments, visibility, and prominence in a field are all taken into account during the selection process.

With nearly 60 years of industry experience to his credit, Mr. Rice has worked as senior counsel with Arnold & Porter Kaye Scholer, LLP since 2012. Prior to this appointment, he held the position of principal at Howard, Rice, Nemerovski, Canady, Falk & Rabkin from 1964 to 2012.

Before embarking on his professional path, Mr. Rice pursued an education at Princeton University, earning a Bachelor of Arts in public and international affairs in 1954. Following this accomplishment, he enlisted in the U.S. Army in 1955, serving to the rank of First Lieutenant of the Artillery Branch until his honorable discharge in 1957. Mr. Rice concluded his studies in 1959 at the University of Michigan, graduating with a Doctor of Jurisprudence.

Mr. Rice commenced his career as an associate of the Pillsbury, Madison & Sutro from 1959 to 1961, having previously been licensed to practice law in 1960 by the State Bar of California. From 1961 to 1963, he was an associate for Howard & Prim. Furthermore, Mr. Rice was admitted to practice by the United States Supreme Court in 1963.

On the board of directors for the Ironstone Group Inc., Mr. Rice has additionally served on the board of directors for the Marin Symphony from 1984 to 1992, the Marin Theatre Company from 1987 to 1997, the Marin Conservation League from 1995 to 2000, the Digital Village Foundation from 1995 to 2001, and the Planning and Conservation League from 1981 to 2006. Additionally, Mr. Rice has worked in conjunction with the State Bar of California, including as the editor of Business Law News from 1978 to 1980, as vice chair of the Section on Business Law from 1978 to 1980, as chair of the Committee on Administration Justice from 1997 to 1998, and as chair of the Committee on Cyberspace Law from 1997 to 2001.

Mr. Rice remains affiliated with various organizations in relation to his areas of expertise, such as the San Francisco Bar Association, the American Judicature Society, and the American Intellectual Property Law Association. He has maintained involvement with the American Bar Association on the Federal Regulation of Securities Committee, as chair of the Asia-Pacific Business Law Committee, and as chairman of the Subcommittee on International Venture Law. Moreover, Mr. Rice has been associated with the Order of the Coif, the Phi Beta Kappa Society and the International Legal Honor Society of Phi Delta Phi.

In light of his exceptional undertakings, Mr. Rice has accrued several accolades and honors throughout his impressive career. Breaking the freshman swimming record in the 440 freestyle at Princeton University in 1951, he has been credited as the first lawyer to make a presentation to the American Bar Association on the subject of Bitcoin in 2012. A Fellow of the American Bar Foundation, Mr. Rice has been recognized as the San Francisco Lawyer of the Year by Best Lawyers in 2013 and 2015, among the Best Lawyers in America since 1985, and a Northern California Super Lawyer from 2004 to 2009. 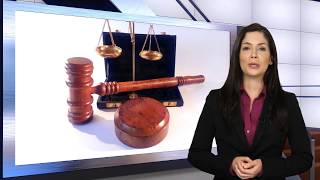