S. Kay Rockwell has Helped Many Patients as a Nursing Professional

Dr. Rockwell worked for a program that supplied livestock to impoverished people

Through the years, Dr. S. Kay Rockwell has been active in helping people less fortunate with the tools and provisions needed to lead a healthy and successful life.

LINCOLN, NE, March 18, 2019 /24-7PressRelease/ -- S. Kay Rockwell has been included in Marquis Who's Who. As in all Marquis Who's Who biographical volumes, individuals profiled are selected on the basis of current reference value. Factors such as position, noteworthy accomplishments, visibility, and prominence in a field are all taken into account during the selection process.

Dr. S. Kay Rockwell has built and maintained an impressive career over the course of five decades. As a health professional, her work has helped scores of patients recuperate and get back on their feet. As a nursing educator, she has ensured that future generations of professionals are able to provide the same quality care to their patients. Prior to retiring, her most recent position was as an associate professor and evaluation specialist at the University of Nebraska. Dr. Rockwell has been in the teaching field for nearly her entire career. She began teaching as an instructor at Lincoln General Hospital and then moved into the role of acting assistant director for nursing education at the hospital. In 1979, she officially joined the faculty of the University of Nebraska, starting as an evaluation technologist. Through her years at the institution, Dr. Rockwell also worked as a member of the advisory board for the Department of Adult Education and Social Foundation and as an assistant professor of the Cooperative Extension Division. In addition to these positions at the university, Dr. Rockwell has provided her expertise as a consultant to extension specialists, trainers, and has presented and workshops and symposiums in the field.

Dr. Rockwell first earned a Graduate in Nursing from Lincoln General Hospital in 1960. She continued her education at the University of Nebraska, earning a BSN in 1962. Always keen on keeping up with her own academic endeavors, she earned an MA in Adult and Continuing Education in 1975 and a PhD in Community and Human Resources in 1984 at the University of Nebraska. Dr. Rockwell is a first generation university graduate in her family. In 1991, she received a Certificate of Achievement from Epsilon Sigma Phi.

Since 2002, Dr. Rockwell has volunteered with USAID. Through the years, she has been active in helping people less fortunate with the tools and provisions needed to lead a healthy and successful life. She has worked with a program that provides goats to impoverished HIV positive people. The goat helps to provide these people with sustenance, clothing and business. Another project she is working on is helping to get solar lights and panels in impoverished areas. Dr. Rockwell has travelled to more than 40 different countries, including Kenya, Tanzania, Uganda and Israel. 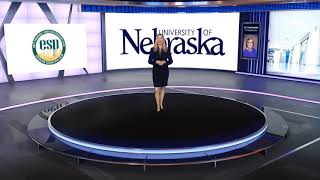