George Schmoll Shines as a Distinguished Professional in Market Analysis

George Schmoll attributes his success to being pushed by people he admired, including astronaut Jim Lovell, and he thrives to live up to the example of his hero, Nikola Tesla.

LOCKPORT, IL, March 18, 2019 /24-7PressRelease/ -- George Schmoll has been included in Marquis Who's Who. As in all Marquis Who's Who biographical volumes, individuals profiled are selected on the basis of current reference value. Factors such as position, noteworthy accomplishments, visibility, and prominence in a field are all taken into account during the selection process.

With nearly 45 years of expertise, George Frederick Schmoll III has been the president of Market Modeling, LLC, since 2011, for which he develops programs to analyze markets using evolutionary computational techniques. Furthermore, he currently contributes to the U.S.S. Illinois as a chief financial officer for the Commissioning Committee since 2014 and secretary of the Executive Committee for the 786 Club since 2016. Mr. Schmoll began his career by enlisting in the United States Navy, completing service from 1963 to 1966.

Inspired towards a military career upon watching "Men of Annapolis" at an early age, Mr. Schmoll's struggles with polio in his youth cast doubt upon whether or not he could attend the United States Naval Academy. However, he approached his obstacles as challenges worth tackling head-on, exercising and running until his physical strength garnered admission and clearance from the United States Military Academy. Within his first year, Mr. Schmoll discovered that the Academy's on-site computers were not as capable as he imagined, and he quickly began formulating methods to improve them.

In 1974, Mr. Schmoll entered his field as the manager of advanced technology for CBS, Inc, a position he held until 1980. During this time, he attended Roosevelt University, earning a Bachelor of Science in Engineering Science in 1977 as well as a Master of Business Administration in Management in 1979. Upon graduation, Mr. Schmoll became a senior consultant for CGS, Inc., from 1981 to 1982, after which he held the role of international marketing manager of Sperry Corporation from 1982 to 1984.

Mr. Schmoll continued his professional path as a partner at Schmoll and Halquist from 1984 to 2007 and as an instructor for Knowledge Systems Institute from 1988 to 2014. In 1989, he found success with his written works, having co-authored "Neural Networks: A Trading Perspective" and "Technical Analysis of Stocks & Commodities" in 1989. Additionally, Mr. Schmoll served as a consultant for Crotona Assets Ltd. from 1991 to 1995.

Recognized as an Eagle Scout by the Boy Scouts of America, Mr. Schmoll has maintained involvement as a senior lifetime member of the IEEE, a member of the Association for Computing Machinery, and a database administrator for the Federal Reserve System. He furthered his creative career by authoring "Market Knowledge" in 2010 and "Cross Over Analysis with R" in addition to many articles to professional journals. Likewise, Mr. Schmoll holds seven patents in his field.

A respected leader in his industry, Mr. Schmoll attributes his success to being pushed by people he admired, including astronaut Jim Lovell, and he thrives to live up to the example of his hero, Nikola Tesla. In 2009, he was notably recognized as Navy Leaguer of the Year, and was selected for inclusion in multiple editions of Who's Who in America and Who's Who in Science and Engineering. In his free time, Mr. Schmoll enjoys woodworking and brewing beer and wine. 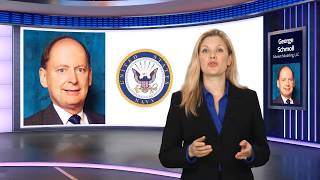