HODGENVILLE, KY, March 18, 2019 /24-7PressRelease/ -- Paula Setters has been included in Marquis Who's Who. As in all Marquis Who's Who biographical volumes, individuals profiled are selected on the basis of current reference value. Factors such as position, noteworthy accomplishments, visibility, and prominence in a field are all taken into account during the selection process.

Endowed with a knack for mentoring, Paula Henderson Setters has always loved helping people understand difficult concepts. She decided to pursue her interest professionally, and after considering her options, broke into the education field as a teacher at the Warren Central High School in Kentucky 1970. A year later, she transferred to Homewood High School in Alabama, and four years after that, she joined the staff of LaRue County High School in Kentucky. Ms. Henderson Setters remained with the institution for 23 years before advancing to the collegiate level, with positions as an adjunct instructor and physics instructor at Campbellsville University.

Outside of her career, Ms. Henderson Setters served as a professional development presenter through the American Equity Investment Life Holding Company and as a research assistant for the Department of Energy TRAC Program at the Los Alamos National Laboratory. She was also the chair of the LaRue County Relay of Life, the chair and president of special programs for United Methodist Women, and on the strategic planning committee of the LaRue County Board of Education. Additionally, she is a member of the Elizabethtown Hardin LaRue Retired Teachers Association and the Kentucky Retired Teachers Association. 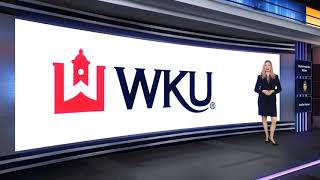