Arthur Sippo Made Important Contributions to Health Care and the Military

Dr. Arthur Sippo plans to leave behind his legacy as a milestone for other professionals to aspire to.

HIGHLAND, IL, March 18, 2019 /24-7PressRelease/ -- Arthur Sippo has been included in Marquis Who's Who. As in all Marquis Who's Who biographical volumes, individuals profiled are selected on the basis of current reference value. Factors such as position, noteworthy accomplishments, visibility, and prominence in a field are all taken into account during the selection process.

As a distinguished medical professional, Dr. Sippo has made numerous important contributions to the health care profession, as well as the military, where he started off his career.

Dr. Sippo's first position out of college was with the United States Army, where he was commissioned as a second lieutenant in 1978. From there, he advanced through the grades to become a lieutenant colonel by 1992. In the meantime, Dr. Sippo branched out into obstetrics and gynecology, serving as an intern with Walter Reed Army Medical Center. He became a first brigade surgeon with the 101st Airborne Division, stationed in Fort Campbell, Kentucky, from 1979 until 1981. He started his residency in aerospace medicine at the US Air Force School of Aerospace Medicine, located in Brooks Air Force Base, in 1981, and this program continued until 1983.

After his residency concluded, Dr. Sippo took on a position as the director of the biodynamics research division at the U.S. Army Aeromedical Research Laboratory, located in Fort Rucker, Alabama. This role would last for three years before Dr. Sippo decided to branch out internationally, becoming an exchange officer for the Royal Air Force Institute of Aviation Medicine in England for the next four years. Upon his return, in 1990, Dr. Sippo officially retired from the military and embarked on a new career in civilian medicine.

Dr. Sippo's first role after retiring from the military was as an occupational physician and consultant in 1990. He left in 2001, to take on several positions in emergency medicine, including lengthy stints as an emergency room physician at St. Joseph's Hospital and Express Medical Care.

One of Dr. Sippo's proudest accomplishments was devising a new system for tailoring service helmets that would accommodate a larger cross section of enlisted pilots. Thanks to Dr. Sippo's innovation, many pilots that would have been unable to fly were given the opportunity.

Dr. Sippo is proud to look back on a career filled with achievement and accomplishment. He plans to leave behind his legacy as a milestone for other professionals to aspire to. 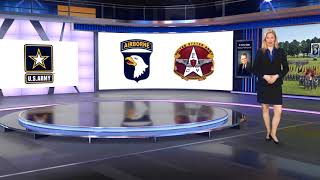