As a professor emeritus of English, Thomas Whitaker has spent his career teaching literature at the college level.

GUILFORD, CT, March 18, 2019 /24-7PressRelease/ -- Thomas Whitaker has been included in Marquis Who's Who. As in all Marquis Who's Who biographical volumes, individuals profiled are selected on the basis of current reference value. Factors such as position, noteworthy accomplishments, visibility, and prominence in a field are all taken into account during the selection process.

He would continue to work with Oberlin until 1964, departing as a full professor. He worked briefly with Goddard College as a teacher of literature before joining the University of Iowa as a professor of English. He held this role until 1988, but he also worked with Yale as a Professor of theater studies and English until he left the University of Iowa to teach at Yale full-time. He would spend the remainder of his career there, eventually becoming the Frederick W. Hilles professor emeritus of English.

Dr. Whitaker has also contributed to literature in his own right, by publishing several pieces of literary analysis, including "Swan and Shadow: Yeats's Dialogue with History," "Fields of Play in Modern Drama," and "Mirrors of Our Playing: Paradigms and Presences in Modern Drama." He also served as a writer and advisor of the Yale-New Haven Teachers Institute National Demonstration Project.

In recognition of the fine work he has done throughout his career, Dr. Whitaker was a 2005 recipient of the Seton Elm and Ivy award, presented by the City of New Haven and Yale University. He also received the Harbison award for gifted teaching by the Danforth Foundation in 1972. He was named as a fellow of NEH-Huntington in 1981, and a fellow of the American Council Learned Societies in 1969.

Now that he has retired, Dr. Whitaker will no doubt spend a great deal of time continuing to enjoy the literature that brought him so much academic and intellectual fulfillment as a professor. We wish him the best in his future pursuits. 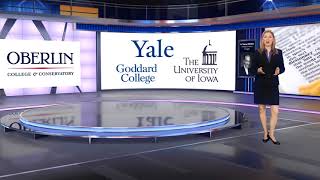