Ronald Whittemore Honored for His Computer Skills and Athletic Achievements

Ronald Whittemore is also proud to be a Senior Olympian

CLAREMONT, NH, March 18, 2019 /24-7PressRelease/ -- Ronald Whittemore has been included in Marquis Who's Who. As in all Marquis Who's Who biographical volumes, individuals profiled are selected on the basis of current reference value. Factors such as position, noteworthy accomplishments, visibility, and prominence in a field are all taken into account during the selection process.

Ronald C. Whittemore commenced his career in the computer programming industry, serving as a computer programmer for Cross Company from 1966 to 1968. Subsequent to this appointment, was a senior programmer for Joy Manufacturing from 1968 to 1973 and later acted as in the same capacity for Computac LLC from 1973 to 1979. Since 1979, he has been a programming manager for Datamann, Inc.

While he has dedicated much of his life to experiencing the joys of programming, Mr. Whittemore's calling is in the realm of sports, particularly long-distance running and jumping. Recognized for decades for his excellence as an athlete, he has never allowed various health problems to deter him from accomplishing his goals. To this day he remains a prolific runner and jumper at the age of 80. Most recently honored in the July 2 edition of The Eagle Times for receiving three gold medals at the Senior Olympic Games held in Burlington, Vermont, he earned first place in the long jump, triple jump and 100-meter dash.

Although receiving his Masters All-American certificates was a highlight of his life, Mr. Whittemore ran his first marathon in Boston, Massachusetts, in 1961, and he continues to run at least one mile per day, a feat he has accomplished for more than seven consecutive years. Since 1995, he has attended every National Senior Games and has jumped far enough to earn the fourth-highest place in the all-time history of the games. 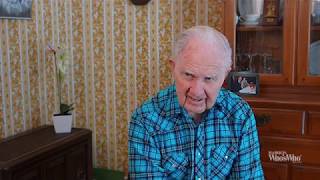