Dr. Wyrick looks back on a distinguished career as a medical educator

CHAPEL HILL, NC, March 18, 2019 /24-7PressRelease/ -- Priscilla Wyrick has been included in Marquis Who's Who. As in all Marquis Who's Who biographical volumes, individuals profiled are selected on the basis of current reference value. Factors such as position, noteworthy accomplishments, visibility, and prominence in a field are all taken into account during the selection process.

During her career, Dr. Wyrick had the considerable achievement of being part of the study of the Chlamydia bacteria during the very early stages when scientists first discovered that it was responsible for sexually transmitted infections. Responsible for improving the growth of Chlamydia bacteria in human genital cells for research purposes, she was also one of the early people who developed a polarized cell system for growing human genital cells. With a research grant from Pfizer, Dr. Wyrick was able to put significant efforts into researching the antibiotic azithromycin, and it was her polarized cell growth system that was directly responsible for the long lasting effects of the antibiotic, 36 hours instead of only three to four.

In order to remain abreast of developments in her field, Dr. Wyrick has remained affiliated with a number of professional organizations into her retirement. Elected as a fellow of the American Association for the Advancement of Science in 2002 and the American Academy of Microbiology in 1980, she also holds membership the Infectious Diseases Society of America and the Chlamydia Basic Research Society, where she served as president in 2006. Additionally, Dr. Wyrick was the recipient of a 36 year consecutive grant from the National Institutes of Health.

For excellence in her career, Dr. Wyrick has been presented with numerous awards and accolades over the years. Most recently, she was honored with the Distinguished Service Award from Healthcare Heroes in 2011 and was awarded an honorary Doctor of Veterinary Medicine from the University of Zurich in Switzerland in 2010. Named Notable Woman by East Tennessee State University in 2009, she was also recognized by the Quillen College of Medicine with the Deans Distinguished Research Award from 2005 to 2006. Further celebrated with an Outstanding Faculty Teaching Award from the School of Nursing at the University of North Carolina at Chapel Hill, Ms. Wynick was first honored for her work with the Algernon Sydney Sullivan Award in 1962. 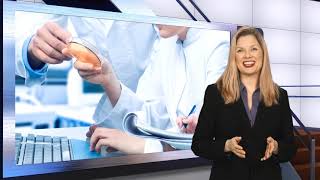