Dr. O'Mara's hard work and support from his family and loved ones, helped him succeed in medicine

Dr. Charles O'Mara has been in the business of taking care of people for more than 40 years.

RIDGELAND, MS, April 01, 2019 /24-7PressRelease/ -- Charles O'Mara has been included in Marquis Who's Who. As in all Marquis Who's Who biographical volumes, individuals profiled are selected on the basis of current reference value. Factors such as position, noteworthy accomplishments, visibility, and prominence in a field are all taken into account during the selection process.

Regarded as a leading authority in the fields of vascular surgery and healthcare administration, Dr. Charles O'Mara has been in the business of taking care of people for more than 40 years. The driving force throughout Dr. O'Mara's career, one full of accomplishments and accolades, has always been to better the lives of his patients in direct and meaningful ways.

It became clear to Dr. O'Mara very early on in his life the career path he wanted to follow. Several of his family members were medical professionals, including an uncle who practiced orthopedic surgery, but, most importantly for a young Dr. O'Mara, it was his older brother, who was interested in medicine and had early aspirations to become a doctor, that steered him fully in that direction. Like most young siblings, he saw his older brother as a great role model. His father, an attorney, was extremely supportive and also served as an influence in his pursuit of success.

Dr. O'Mara earned a Bachelor of Science from the University of Mississippi in Oxford in 1970 and, in 1969, was honored with the Taylor Medal in Biology. In 1973, he graduated cumma sum laude with a Doctor of Medicine degree from Tulane University in New Orleans. During his time there, Dr. O'Mara was recognized with the Roche Award, the Isador Dyer Memorial Prize, the Oscar Creech Award, and the Dr. Walter G. Unglaub Memorial Award. Following graduation, his career began at Johns Hopkins Hospital in Baltimore, Maryland, where he worked from 1973 to 1979 as a surgical intern, resident, and, ultimately, chief resident. Dr. O'Mara completed a Vascular Surgery Fellowship with the Northwestern Medical Center at Northwestern University in 1980, and then returned to Johns Hopkins as Assistant Professor of Surgery and a member of the surgical faculty.

In 1982, with several years of hands-on experience in the field under his belt, Dr. O'Mara returned to Mississippi, where he was born and raised, to work at the Cardiovascular Surgical Clinic in Jackson. He served as a partner and surgeon there for 26 years before becoming a vascular surgeon at Baptist Cardiovascular Surgery in the Mississippi Baptist Medical Center from 2008 to 2013. In the midst of his busy schedule, Dr. O'Mara earned a Master of Business Administration degree from the University of Texas at Dallas in 2011. After receiving his latest degree, Dr. O'Mara got his "big break," as he put it, with the opportunity to serve as Professor of Surgery as well as Special Adviser to Dr. James "Jimmy" Keeton, Vice Chancellor for Governance and Strategic Planning at the University of Mississippi Medical Center from 2013 to 2014, giving him a chance to contribute in a way that was much different than when he was a vascular surgeon and clinical care provider.

In 2014, he was appointed Associate Vice Chancellor for Clinical Affairs, a position that he holds to this day. Dr. O'Mara believes that the role gives him a good perspective, and he feels truly blessed to be able to contribute in the ways that he does.

Additionally, Dr. O'Mara has been a contributor of more than 60 articles to professional journals, and chapters in medical textbooks. He currently serves on the Strategic Planning Committee within the Memory Impairment and Neurodegenerative Dementia Center at the University of Mississippi Medical Center, and was previously on the Board of Directors at the Mississippi Baptist Health System, the Mississippi Baptist Medical Center, and the Leukemia Society in Jackson. He was president of the Southern Surgeons Club, the Callendar Society, the Mississippi Chapter of the Mississippi Committee on Applicants, a distinguished fellow of the Society for Vascular Surgery, and a fellow of the American College of Surgeons.

In 1990, Dr. O'Mara was recognized as Critical Care Physician of the Year from the Mississippi Baptist Medical Center, and has been the recipient of the Richard M. Nowell Award from the Callendar Society Annual Meeting four times, in 1990, 1992, 1996, and 2000. He was five-star rated for Peripheral Vascular Bypass for two consecutive years, 2012 and 2013, and was ranked number one in Mississippi for Vascular Surgery for three consecutive years, 2011 to 2013. He has been in the Top 10 percent in the Nation for Vascular Surgery eight years in a row, from 2003 to 2010.

Dr. O'Mara's family has acted as a great anchor for him throughout his career. He gives most of the credit for his successes to his wife, who has been extremely supportive of him and knows him better than anybody, he said. His daughter was also a huge motivation for him to go forward in his work in a positive way, serving as "his rock."

In his career, Dr. O'Mara has prided himself on the opportunities he has had to provide efficient and effective direct patient care, and positively influence so many people in a state where resources are limited but the needs are high. He hopes to leave behind a legacy of determination, hard work, and helpfulness. 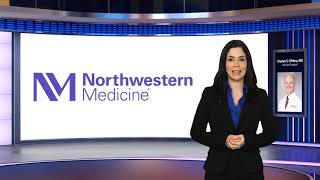