Myra Weiger Dedicated Herself to Education

IRVINGTON, NJ, April 01, 2019 /24-7PressRelease/ -- Myra Weiger has been included in Marquis Who's Who. As in all Marquis Who's Who biographical volumes, individuals profiled are selected on the basis of current reference value. Factors such as position, noteworthy accomplishments, visibility, and prominence in a field are all taken into account during the selection process.

Dr. Myra Weiger has dedicated close to 60 years of her life to education, with a total of 49 years as a professor and department chair at Kean University in New Jersey, touching the lives of students of many generations with her passion, warmth, and expertise.

Born and raised in New Jersey, Dr. Weiger became interested in her eventual profession at an early age, surrounded by those in the field; her father, Jules J. Lubowitt, was educated as an attorney, and her older sister studied to be a teacher. As a little girl, her parents adamantly taught her how to read and write, and the young Dr. Weiger would, in turn, pretend to be a teacher for her dog, Gingy. She always loved school and the act of learning. Dr. Weiger long considered doing something professionally with her musicianship, as she played the piano, cello, and trombone, but even in that aspiration, she leaned towards serving as a music teacher at a college. Although she was accepted into Montclair University in New Jersey for music, when she was there, she decided to pursue English and speech instead.

Dr. Weiger's passion for education only grew after high school. In 1956, she earned a Bachelor of Arts and graduated Magna cum laude from Montclair University, and would go on to receive two other degrees in the midst of her career — a Master of Arts from Kean University in 1967, and a Doctor of Education from Rutgers, The State University of New Jersey in 1977. She also took part in coursework at the University of California, Berkeley. A highlight in her career came early on as a student teacher, instructing special education and high school students. While working one day, a principal who had been observing her and was impressed by what he saw approached Dr. Weiger about taking over a special education class at his school, feeling as though she would be "fantastic" teaching the English course they had. The course's original teacher left the school suddenly and administrators were scrambling to find a suitable replacement, which, he told her, she would be.

So she broke into academia professionally in 1956, upon graduating, when she became an English teacher at Irvington Middle School, followed soon after with a job as a speech therapist and teacher of the deaf at Gary Public Schools in Indiana from 1956 to 1959. In 1964, Dr. Weiger began serving as professor of elementary education at Kean University, where she would be for the rest of her professional life. She was promoted to chair of the Department of Elementary, Middle, and Secondary Education in 1970 after the person who held the position before her went off to another job, and was the professor of middle and secondary education from 1994 until her retirement. She is the senior member of the university's Annual Retiree Luncheon.

At Kean, she taught thesis seminar, language arts and speech, literature across the curriculum, literature for children and youth, prospective middle and secondary education teachers, among other courses, and developed several programs. She served on numerous committees, such as Senate, Curriculum, Promotions, Grievance, and Library, and chaired some as well. She published and presented workshops on language arts and development of moral judgment, which were showcased in conferences, both national and international, and served as a peer reviewer and judge of writing contests. She worked with the New Jersey Department of Health to develop ACO training in the wake of a rabies outbreak.

Throughout Dr. Weiger's accomplished career, she has been recognized with accolades for her numerous achievements. She was bestowed the Jean Harris Award for Devoted Service Above Self by Rotary International in 2012; Outstanding Alumnus Award from Kean University in 1996; an award for Promoting Aerospace Education by the Civil Air Patrol in 1994; and a certificate of appreciation from the Human Society of the United States in 1989. She has also been a member of the Association for Supervision and Curriculum Development, the executive board of the National Council of Teachers of English, the American Speech-Language-Hearing Association, and the Association of Teacher Educators.

Dr. Weiger has built an accomplished and rich career out of a childhood dream, and she leaves behind a legacy of inspiration and knowledge. She believes that her life's work stems from her disposition to care very much about other people and push them to succeed. "The students learn a lot better when they are with a teacher who is a caring person – that's what I did all my life," Dr. Weiger said. 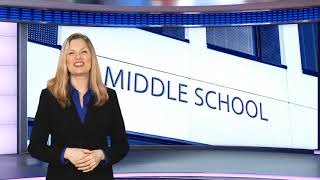