Dr. Borer has been a fundamental figure in the New York medicine landscape for nearly 50 years

NEW YORK, NY, January 30, 2020 /24-7PressRelease/ -- Jeffrey S. Borer, MD, has participated in The Star Treatment, a prestigious video series hosted by renowned lawyer and television personality, Star Jones. This premier video series is extremely limited — Marquis Who's Who qualifies 500 listees on an annual basis for this elite service. Backed by a storied career in media that spans more than two decades, Star works closely with Marquis listees to assist with networking goals and commemorative efforts that can be shared with a worldwide audience.

Earning every ounce of his success through his determination, focus and willingness to learn, Dr. Borer's extensive credits paint a picture of a respected and accomplished figure in cardiovascular medicine. Harboring an inherent interest in cardiology, his outlook on heart disease inspired him to do what he could to help others, sharing with Star, "It occurred to me that, if people I knew had heart disease, they could live a long time, but would be stuck on the sidelines. They wouldn't be allowed to participate in relatively physically and emotionally demanding activities. That was not at all congenial for me."

Impressively accepted into Harvard College at the age of 16, Dr. Borer attained a bachelor's degree in government from Harvard before graduating from Weill Cornell Medical College with a Doctor of Medicine in 1969. He completed internship and residency in internal medicine at the Massachusetts General Hospital, cardiology fellowship at the National Heart, Lung and Blood Institute of the National Institutes of Health (NIH), and a year of cardiovascular research fellowship as a senior Fulbright-Hays scholar and Glorney-Raisbeck Fellow at Guy's Hospital (University of London). Board certified in internal medicine, cardiovascular disease and nuclear cardiology, Dr. Borer recalls discovering his passion for treating heart valve disease while working in the NIH.

Striving for the betterment of his country in the U.S. Public Health Service for nearly a decade, Dr. Borer molded his monumental career in academic medicine through countless positions with the National Institutes of Health, New York-Presbyterian/Weill Cornell Medical Center and Weill Cornell Medicine. "Most people think that the work of a doctor is to evaluate patients and provide care, and it is," he states, adding, "but for someone in academic medicine, there are actually three aspects of the work: patient care, teaching future doctors, and research, which is the creation of new knowledge." Remaining active at Weill Cornell Medicine as an adjunct professor, Dr. Borer continues to relay his abundance of knowledge to up-and-coming medical professionals through his four professorships at the SUNY Downstate Health Sciences University, prolific contributions to the medical literature and lectures and seminar throughout the world.

Beyond his exemplary efforts in education, Dr. Borer has further built his profile through his affiliations with the International Organization for Standardization, the United States Food and Drug Administration, the Association for the Advancement of Medical Instrumentation and National Aeronautics and Space Administration (NASA). Contributing his expertise to students abroad through several medical schools and professional societies, he has additionally dedicated his valuable time, attention and resources to a number of establishments in his community, including the Brooklyn Jewish Center, the New York Public Library and the Brooklyn Academy of Music. However, Dr. Borer has found much prosperity with his written works, proudly exclaiming to Star, "I've published more than 500 full-length book chapters and articles in medical journals and eight books."

Attributing his tremendous success to his resolute and hard work, Dr. Borer has garnered global acclaim for his stellar research into the benefits of nitroglycerin during heart attacks and, more importantly, for the development of real-time radionuclide cineangiography, which allowed doctors to discover heart abnormalities as they occur during exercise and profoundly changed the diagnosis and prognostication processes in cardiology. He has applied this and other methods to predict the outcomes, and thus, to suggest appropriate management strategies, in patients with heart valve diseases, heart failure and obstructive coronary artery disease. Obtaining a patent for the co-invention of a method that inhibits fibroblast growth and cardiac fibrosis, his myriad accolades include the Kanu Chatterjee Lifetime Achievement Award, the Legend of Cardiology Award, the Hans-Peter Krayenbuehl Memorial Award and multiple commendations from NASA. A fellow of numerous cardiovascular medicine societies, Dr. Borer's most rewarding gift is of a more personal nature, telling Star that "the greatest personal accomplishment, to me, is having married a wonderful woman 42 years ago and having two terrific kids."

With his eye toward the future, Dr. Borer does not see himself limiting his activities any time soon. Renowned as someone who is good to his word, he additionally hopes to cement his legacy within medical education as someone with "the capacity to ask questions and the understanding of the method to answer them." A longtime Marquis Who's Who listee, he proclaims that "to be listed is an honor, but the honor only is meaningful if you've done something to earn it." With his prodigious qualifications and proficiencies, Dr. Borer has indisputably earned The Star Treatment! 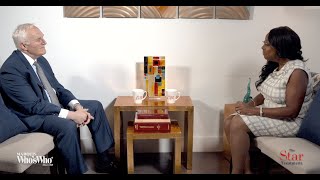