A lifelong New Yorker, Dr. Fischman has gone above and beyond for her students and community for over 60 years

As humble as she is versatile, Dr. Myrna L. Fischman has made an impact on the lives of countless students through her esteemed career at Long Island University Brooklyn

NEW YORK, NY, January 30, 2020 /24-7PressRelease/ -- Myrna L. Fischman, PhD, CPA, has participated in The Star Treatment, a limited engagement video series hosted by renowned lawyer and television personality, Star Jones. This premier video series is extremely limited — Marquis Who's Who qualifies 500 listees on an annual basis for this elite service. Backed by a storied career in media that spans more than two decades, Star works closely with Marquis listees to assist with networking goals and commemorative efforts that can be shared with a worldwide audience.

As humble as she is versatile, Dr. Fischman has made an impact on the lives of countless students through her esteemed career at Long Island University Brooklyn. Equipped with a sharp sense of humor, inherent kindness and a logic-driven mindset, she has been a shining beacon at LIU Brooklyn in a number of critical positions since 1970, such as a professor of accounting and taxation law, the director of the Center for Accounting and Tax Education and a professor emerita, the latter of which she holds to this day. Exuding her love for education in all of her actions, Dr. Fischman is very proud to have received her tenure at LIU Brooklyn, especially given the magnificent peers and students she has had the fortune of encountering throughout the decades.

With the encouragement of her wonderful parents, Dr. Fischman's lengthy career remarkably began at the age of 14 with a part-time position as an assistant bookkeeper, a job she retained while pursuing her education at Baruch College, a part of the City University of New York system. As she obtained her Bachelor of Science and Master of Science at Baruch, she learned an important lesson in her inaugural post, sharing with Star that "if you don't ask, you'll never learn."

Likewise, Dr. Fischman cut her teeth through various roles with the Queens County District Attorney Office, Central Commercial High School and the Borough of Manhattan Community College, all the while working her magic as a self-employed accountant. During this time, she caught the teaching bug, as she realized she was naturally talented as an educator. "I'm good at it," she tells Star, adding, "I'm a people person, in a way. Quietly, but I am!"

Even in light of her incredible work in the classroom, Dr. Fischman's accomplishments are numerous, diverse and rather fantastic. A noted lecturer who stresses the importance of common sense, she exemplified her tireless spirit through her efforts within the New York City Department of Education, the Brooklyn Chamber of Commerce, the LOMTO Federal Credit Union, the Committee Against Discrimination in Education and the New York State Society of Certified Public Accountants. Impressively, Dr. Fischman has developed myriad lauded curriculums, programs, academic agreements, courses and incentives, including the Myrna L. Fischman excellence in accounting scholarship, for the students of her affiliated universities.

As a result of her exceptional endeavors, Dr. Fischman's marvelous legacy has been punctuated with spectacular honors and accolades. Expertly earning a Doctor of Philosophy from New York University in 1976, she has been celebrated with a Meritorious Service Award from the Community Service Society of New York, the Dr. Emanuel Saxe Outstanding CPA in Education Award from the New York State Society of Certified Public Accountants, a Lifetime Achievement Award from Soroptimist International and a Special Award for 40 Years of Service to the Volunteer Income Tax Assistance Program from the Internal Revenue Service. Always one to defy expectations, Dr. Fischman was additionally spotlighted in myriad Marquis Who's Who publications, recognitions which she described to Star as "one of the fun things in my life" and feels "very fortunate" to be selected.

Although she greatly appreciates all of the rewards and attention that she has accrued, Dr. Fischman believes that her students' subsequent success is the crowning achievement of her career, having witnessed many former students establish their own firms or attain positions with the top four accounting firms in the country. Notably, she is grateful to be cited by students when they have spoken about their own academic experiences. However, her life's work is defined by the monumental fun she has had along the way, which continues to motivate her in fostering other people's passion for education. For this unparalleled dedication, Dr. Fischman is more than worthy of The Star Treatment! 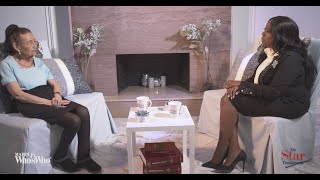