Dr. Roemer spoke at length with Star Jones regarding faith, the human soul and the existence of God

BROOKLYN, NY, August 27, 2020 /24-7PressRelease/ -- David K. Roemer, PhD, has participated in The Star Treatment, a prestigious video series hosted by renowned lawyer and television personality, Star Jones. This premier video series is extremely limited — Marquis Who's Who qualifies 500 listees on an annual basis for this elite service. Backed by a storied career in media that spans more than two decades, Star works closely with Marquis listees to assist with networking goals and commemorative efforts that can be shared with a worldwide audience.

An engaging figure in theological education, Dr. Roemer had an unconventional path to his current profession, telling Star, "My plan was to initially become a businessman but I wasn't a success, so the best thing I could do was get a job as a high school teacher. So I did that for a number of years before I retired and became a copy editor. But my main interest is in writing about science and religion over the past eight or nine years. I have a number of websites where I write about the Shroud of Turin and the arguments for God's existence as well as reasons to believe in the existence of life after death."

Graduating with a Bachelor of Science in physics at Fordham University in 1964, Dr. Roemer eventually earned a Doctor of Philosophy in physics at New York University in 1971 and a Master of Business Administration from Pace University in 1980. However, his academic background pales in comparison to his wealth of knowledge in theology, sharing with Star, "Theology is the study of revelation and fundamental theology is the study of the reasons to believe in revelation. It's also called apologetics. That's my specialty, and that's what I worked on."

Dr. Roemer's notable theories in the fundamental theology include unique perspectives on free will, faith and the concept of God. In terms of free will, he shares with Star, "There are two kinds of observation. There's the scientific observation where we observe with our eyes that the sky is blue. But while we can move our hand any way that we want, but if we lose our hand in an accident, we still continue to exist… It's not a scientific observation; it's a metaphysical observation although some people mistakenly call it a philosophical observation… Metaphysics is as fundamental as science. That we have free will and the conscious knowledge of human beings, as opposed to the sense knowledge of animals, are metaphysical observations."

Dr. Roemer subsequently engaged with Star on the subject of faith, stating "Faith comes about because there's an argument for God's existence. That means there's two kinds of knowledge: faith and reason. In reason, you know things are true because you see it and it can be supported by evidence. In faith, you know something is true because God is telling you and making you believe. An example of faith is the resurrection of Jesus. The followers of Jesus disbanded in their fear and disappointment after Jesus was crucified, but they renewed their fellowship and swore up-and-down that Jesus appeared to them."

Dr. Roemer is renowned for his perspective on the concept of God, believing there to be a "correct" and "incorrect" perception of God in mainstream theological discourse. In conversation with Star, he elaborated, saying "The best way to explain is to begin with the incorrect concept of God, which is that God created the universe. The universe is a collection of molecules; it's not a being, but rather many beings. It's like saying God created Santa Claus when Santa Claus is a figment of the human imagination and doesn't exist. The correct concept of God is that God created human beings. I am a human being; I'm not a collection of molecules, I'm a single, unified being… If you assume or hope that the universe is intelligible, there exists a being that created us and as such, it doesn't need a creator."

Over the course of his conversation with Star, Dr. Roemer also touched upon the importance of his belief in the afterlife, stating "Having a meaningful life means your goal in life is to get to heaven. It also means that however much you have suffered in this world is made up by the joys of being in heaven. For example, I do a lot of good things for my relatives… I know I'm storing up my treasures in heaven when I do a good deed. That's something that people who think life ends in the grave don't have that I have. It's one of the great mysteries of life: that people who devote themselves to their own happiness are miserable but people who devote themselves to the happiness of others are happy."

However, Dr. Roemer's career has not been without controversy, having battled Columbia University in court due to their attempted censorship of his beliefs. He revisited the event with Star, recounting, "I offered to give a lecture on God's existence to the minister of Columbia University. If they would have just denied it… there would have been no cause for action. But they sent me a letter, threatening me with a lawsuit if I try to contact anyone else about my offer. That gave me cause for action… But the important thing was that my offer had a lot of social value because there's no other way that the students could learn about the concept of God except by listening to my talk. If they asked a professor at Columbia University about the concept of God, they would refer them to the Stanford Encyclopedia of Philosophy, which has three long entries on God's existence… If you only learn these theories, you're learning the incorrect concept of God."

Also entering a deep discussion with Star regarding his scientifically-informed opinion on the Shroud of Turin, Dr. Roemer currently maintains a number of websites regarding his widely lauded theological writings, including www.newevangelization.info, www.holyshroud.info, www.pseudoscience123.com and www.newevangelist.me. However, if there's anything to be gained from his arguments, he tells Star, "I'd like for [people] to get the correct concept of God and realize that human beings are spirited bodies. You can say that we did not evolve from animals. But the arguments on God's existence are based on traditional arguments on our existence. We're finite beings and finite beings need a cause. If you believe that the universe is intelligible, there's an infinite being who created finite beings. A finite being is the combination of essence and existence, so an infinite being is the pure act of existence without a limiting essence. That's exactly what the Bible says, and that's another reason to believe in the Bible because the authors of the Bible didn't have any idea about essence or existence." For his groundbreaking theological teachings, Dr. Roemer is more than deserving of The Star Treatment! 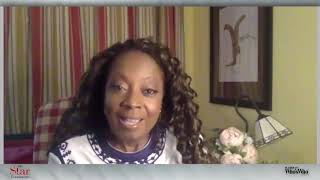