Dr. Brasic has provided his invaluable research toward the development of commercially available medicine for nervous and mental disorders

BALTIMORE, MD, September 29, 2020 /24-7PressRelease/ -- James Robert Brasic, MD, MPH, has participated in The Star Treatment, a prestigious video series hosted by renowned lawyer and television personality, Star Jones. This premier video series is extremely limited — Marquis Who's Who qualifies 500 listees on an annual basis for this elite service. Backed by a storied career in media that spans more than two decades, Star works closely with Marquis listees to assist with networking goals and commemorative efforts that can be shared with a worldwide audience.

Utilizing decades of experience in neurology, radiology and psychiatry, Dr. Brasic is an esteemed educator at the John Hopkins University, a position in which he proudly guides growing minds toward their own success in the field of mental health treatment. His current appointment is the culmination of a fascination that began in high school, telling Star, "I was fascinated with a book about psychoanalysis and about [Sigmund] Freud, which led to my desire to become a psychiatrist. When I was in medical school at Boston University, Norman Geschwind, the head of neurology, emphasized the association between parts of the brain and movements of the body or sensations, and he suggested that parts of the brain would be associated with behavior and emotion… I went to study neurology and psychiatry out of the desire to understand myself and others, and the desire to help young people, older people and people of all ages with nervous and mental problems."

Throughout his medical education and previous appointments, Dr. Brasic continued to expand his knowledge in his areas of interest through a number of mentors, recalling to Star, "I had the good fortune to work with Doctor David Schaffer at the New York State Psychiatric Institute, who taught me about developing rating scales. I worked with Gerald Young at the Bellevue Hospital Grossman School of Medicine at [New York University] to learn about developmental disabilities. I had the pleasure of being trained under Dr. Dean Wong at [the Johns Hopkins University] on brain imaging to develop an understanding about how chemicals in the brain can be affected as well as nervous and mental problems and how to find those problems with the goal to diagnose, treat, cure and eventually prevent them."

Though he has encountered obstacles throughout his extended career, Dr. Brasic's gratitude for his own exemplary opportunities is matched by his ability to bolster the expertise of others, stating to Star, "I really enjoy what I do, even though I face setbacks continually and received more rejections than acceptances this year. I can foresee some success and I'm particularly honored to be recognized by Marquis Who's Who… I have received recognition for the work that I'm doing, and I have studies that are being published and I'm going to be making other presentations. I've enjoyed working with my patients and I'm grateful to them… I'm grateful to the students for whom I am working. Fortunately, I have the benefit of recruiting a number of wonderful, outstanding students, including an undergraduate student who developed a technique to classify the output of instrumentation from people with Parkinson's disease."

Recently, Dr. Brasic has made strides in the development of critical medical treatments for mental and psychiatric afflictions, sharing with Star, "In particular, I've had the good fortune to work on the development of some compounds for Alzheimer's disease and related conditions that are characterized by memory loss. There are a number of chemical compounds and proteins that accumulate in the people with these disorders. I've [worked] with teams that have developed tools to identify these abnormal proteins present in the brain... I have also worked on the development of a couple of radio tracers… to identify whether or not the protein has accumulated and confirm the diagnosis. It also may be useful for treatment procedures because there are some procedures in development that could be used to remove that abnormal protein from the brain. I've also worked on the development of some drugs for schizophrenia using positron emission tomography... I'm fortunate to have taken part in the basic science to develop the optimal dose to treat these disorders."

Citing his family's support and encouragement as "absolutely instrumental" to his success, Dr. Brasic attributes his professional perseverance to his patience, resilience and optimism within research science. He emphasizes that major advances in treating the aforementioned conditions are on the horizon, telling Star, "By looking at tiny things, we can make advances that do lead into major discoveries… We are on the verge of breakthroughs in the areas of which we are studying. One can hope that conditions one had thought to be fatal in the past will actually be cured." For his outstanding and longstanding efforts in medical research, education and healthcare, Dr. Brasic is definitely deserving of the Star Treatment. 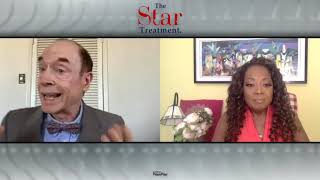