William A Lester, Jr., Ph.D. Gets the Star Treatment!

Dr. Lester sits with Star Jones to review his career in science

OAKLAND, CA, April 01, 2021 /24-7PressRelease/ -- William A Lester, Jr., Ph.D. has participated in The Star Treatment, a prestigious video series hosted by renowned lawyer and television personality, Star Jones. This premier video series is extremely limited — Marquis Who's Who qualifies 500 listees on an annual basis for this elite service. Backed by a storied career in media that spans more than two decades, Star works closely with Marquis listees to assist with networking goals and commemorative efforts that can be shared with a worldwide audience.

Dr. Lester, a professor emeritus at the Department of Chemistry at the University of California Berkeley, is no stranger to hard work and dedication. His work has inspired generations of students to love science and strive for excellence. Dr. Lester's journey as a scientist began as an outgrowth of "radio-only" entertainment - he was intrigued by a commercial for DuPont, which stated, "Better things, for better living, through chemistry." Later, when he actually took chemistry, he found that he enjoyed it and performed well at it. He excelled at academic contests and exercises, including competitions similar to spelling bees.

In high school in Chicago, which he noted was a rather rigidly segregated city, he saw that his high school had very few other Black students. His family felt the strong need to obtain an additional bedroom to separate him from his impending three sisters when the youngest was shortly to arrive. This need led to a "move up" to a housing project for the growing family. When he graduated, there were eight Black students in his class of 365, and he graduated 15th in the class. Despite his academic success, he was not successful in obtaining financial aid to attend any of the four-year colleges in the area. However, a former librarian at his high school had endowed a scholarship to the University of Chicago, which had been dormant for a number of years, for which he and two classmates were recipients.

Dr. Lester remembers his days in the housing project fondly. "The nature of these units was such that if you went out the back door there was this large alley, large enough to play football in, and young people would congregate there," Dr. Lester said. The community was so tight-knit that, to this day, the local elementary school still has reunions.

As a chemist, Dr. Lester was drawn in by the area of theoretical chemistry, or "clean" chemistry. This field largely involves solving equations to learn about the behaviors of atoms and molecules interacting. In his senior year of Calumet High School, he was informed that the University of Chicago's employment office was hiring. He was tested on his typing skills and performed 32 words per minute with no mistakes. He was offered two jobs: cleaning monkey cages for the medical school for 88 cents per hour, or typing in the physics department for $1.09 per hour. The choice was a no-brainer for Dr. Lester, who immediately joined the physics department.

The exposure to the environment of a physics laboratory was life-changing for Dr. Lester. He looked at the way they did their jobs and was fascinated by the relatively laid-back and intellectual pursuits of these scientists. "I said, what a lifestyle," said Dr. Lester. After his first year of undergraduate work in the laboratory, the second-in-command, Clemens Roothaan, was to teach a programming course to graduate students that summer and said he would like Dr. Lester to sit in on it. This course was focused on machine language programming. After that summer, he made the decision that programming was not for him, though he continued on in the laboratory. Later on, computer languages evolved to symbolic programming, which was more to his liking, and so he continued his direction toward theoretical chemistry.

Dr. Lester has published approximately 250 papers and books over the years, and edited several publications on theoretical chemistry, especially electronic structure and molecular collisions. The former focuses on how electrons and nuclei interact to give chemical behavior and the latter occurs when atoms/molecules strike other atoms/molecules. The recipient of research awards, as well as an Outstanding Teacher Award, Dr. Lester's contributions to science have been voluminous. Most recently, a lectureship in his name has been established at the University of California Berkeley. Dr. Lester feels that his late wife had been a significant factor in his success. A social worker, his wife provided a great deal of support to Dr. Lester. "My path, and the success I have had, is a consequence of the quality education and support I had along the way. The main thing that people should look at is the improvement of housing and education for people of color." True words, and a sentiment that only goes to prove that Dr. Lester is truly deserving of the Star Treatment. 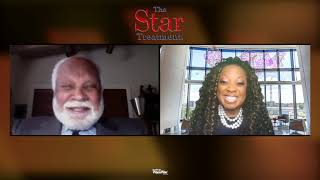