NATICK, MA, April 02, 2021 /24-7PressRelease/ -- Joel Seth Aronson, RPh has been included in Marquis Who's Who. As in all Marquis Who's Who biographical volumes, individuals profiled are selected on the basis of current reference value. Factors such as position, noteworthy accomplishments, visibility, and prominence in a field are all taken into account during the selection process.

Retired after more than 45 years of excellence in the field of pharmacy, Joel Seth Aronson dedicated his career to helping people in need. Born to Ruth and Moses Aronson in 1949, he was inspired by his grandfather, who was a pharmacist. Likewise, Mr. Aronson had harbored an inherent interest in mixing chemicals in his youth. Mr. Aronson subsequently garnered valuable expertise at Eckerd's Pharmacy warehouse in Florida, primarily focusing on sundry items in the warehouse while occasionally filling pharmacy orders. Soon thereafter, he pursued an education at the College of Pharmacy at the University of Louisiana at Monroe, from which he graduated with a Bachelor of Science in Pharmacy in 1972. While some medical professionals begin as a pharmacist before advancing to become a doctor, Mr. Aronson in 1973 went to Boston, MA to work at Steven's Pharmacy to complete his inaugural retail pharmacy internship.

Afterwards, Mr. Aronson obtained his license as a pharmacist in the state of Louisiana in 1973. He then worked at Brookline Pharmacy from 1973 to 1974 as a pharmacy graduate intern. Following these accomplishments, Mr. Aronson reciprocated his pharmacy license to Massachusetts in 1974 and passed the Florida Pharmacy exam in 1975. Between 1974 and 1996, Mr. Aronson found success as a full-time pharmacist at Boston City Hospital. Esteemed as an inpatient controlled substance specialist during this time, he was likewise responsible in assisting management in making weekend and holiday schedules for the pharmacists, an experience which he cites among his professional highlights This responsibility carried over to the Providence VA where Mr. Aronson was able to assist management in making evening and weekend schedules for the pharmacists. In 1996, he was hired as a full-time pharmacist at Boston Medical Center where he not only verified physician orders, but was able to counsel patients upon discharge. Mr. Aronson was further recruited to the patient/family education steering committee for the Boston Medical Center.

Mr. Aronson also fondly recalls braving the elements to work at the Boston City Hospital during a blizzard in 1978, traversing through the deep snow to ensure that his daily duties were properly fulfilled. For this example of his outstanding professional commitment, he was honored by Boston City Hospital with a commendation which was put in his personnel file. Moreover, he was proud of his involvement in helping to prevent a pharmacy robbery at Boston City Hospital during one weekend, which motivated the hospital to install greater precautionary measures to prevent future robbery attempts. In addition, Mr. Aronson received a certificate from the Boston Area Health Education Center for preparing Boston's youth for careers in health and medicine through the BAHEC Summer Health Careers Programs. Mr. Aronson is incredibly appreciative of his tenure at Boston City Hospital, as he received exceptional benefits, dealt with a unique clientele, and operated in a better atmosphere than in a retail pharmacy.

In addition to these posts, Mr. Aronson was elected as the union steward for the pharmacy department at both Boston City Hospital and Boston Medical Center and received a certificate from the American Federation of State, County, and Municipal Employees AFL-CIO (AFSCME) for successfully completing the AFSCME Local Union Leadership Training Program. As a result, he was often tasked with handling grievances between administrators and employees when it had appeared that management had been violating articles of their union contract. He has further contributed in multiple volunteer roles as well, including as a mentor to pharmacy technicians, pharmacy students, and pharmacy residents. In fact, Mr. Aronson cites the opportunity to mentor others to conduct their work effectively as a unique point of pride.

Beyond his primary professional responsibilities, Mr. Aronson is associated with a number of organizations in relation to his areas of expertise. On a national level, he is notably affiliated with both the American Pharmacists Association and the American Society of Health-System Pharmacists. Additionally, Mr. Aronson is a member of such regional groups as the Massachusetts Pharmacists Association and the Massachusetts Society of Health-System Pharmacists.

In light of his impressive dedication to patient care at the Providence Veterans Affairs Medical Center, Mr. Aronson was presented with the I CARE Leadership Award from the United States Department for Veteran Affairs. He has also been featured in American Way Magazine and the Wall Street Journal as a testament to his distinction as a distinguished leader among his peers. He attributes his success to his compassion and his skills as a great listener. Looking toward the future, Mr. Aronson hopes to continue enjoying his well-deserved retirement alongside his loving wife, Roberta, and his wonderful son, Michael, while remaining open to new opportunities in his field. 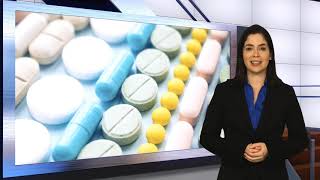