Mr. Megrue was the founder and president of Megrue Microanalytical Systems Co., as well as an artist.

NEW CANAAN, CT, April 02, 2021 /24-7PressRelease/ -- George Henry Megrue has been included in Marquis Who's Who. As in all Marquis Who's Who biographical volumes, individuals profiled are selected on the basis of current reference value. Factors such as position, noteworthy accomplishments, visibility, and prominence in a field are all taken into account during the selection process.

Over the course of six decades, Dr. George Henry Megrue, guided by a lifelong curiosity for science and nature, dedicated himself to advancing the fields of geophysics, cosmochemistry, and geochemistry. As a researcher, scientist, leader, pioneer, father, husband, and grandfather, he made good on his personal philosophy that life is a gift and one's success is measured by how that gift is used. Dr. Megrue passed away in December 2020, but his impact on the world will be felt forever.

Born in New York City in 1936, Dr. Megrue gravitated toward his professional path at an early age, inspired by a love for nature and learning how things worked. Smart and determined, he excelled academically—though he initially set out to work in the medical field, a course about earth history convinced him to follow his younger instincts to study nature. He earned a Bachelor of Arts from Amherst College in 1957 and a Doctor of Philosophy from Columbia University in 1962. Equipped with these degrees, he made a name for himself at Brookhaven National Laboratory, where he advanced from a research associate to a research chemist between 1962 and 1966. From the beginning of his career, he was interested in trying new things and expanding on what already existed, which led to innovative techniques and developments that catapulted him to great opportunities in his chosen field.

In 1966, Dr. Megrue began a seven-year role as a research scientist at the Smithsonian Astrophysical Observatory while also serving as a research fellow at the Harvard College Observatory. From 1969 to 1973, he was hired as the principal investigator of Apollo Lunar Analyses at NASA, during which time he patented a new system and technique for lunar rock analyses for rare gas nuclides that he developed and utilized for Apollo 12, 14, and 15 missions. His extensive research studies in the detection of cosmic dust in ocean sediments, meteorite and lunar rock analyses, and continental drift have been funded by the Smithsonian Institution, NASA, and the National Geographic Society.

By 1974, Dr. Megrue had the means, notoriety, and expertise to launch his own company, and became the founder, president, and Chief Executive Officer of Megrue Microanalytical Systems. The research and development firm's mission to further develop techniques for analyzing small quantities of materials by laser irradiation and detection of vaporized components by mass spectrometry has continued to this day. The following year, he became the co-founder and secretary for Foxglove School, Inc., where he also remained up until his death. Dr. Megrue's immense love for science was only rivaled by his love for art; in 1976, he began studying sculpture and drawing at the Silvermine Arts Center in New Canaan, Connecticut. Under the guidance of such mentors as Robert Reed, at Yale University, and Jose de Creft, at the Arts Students League in New York, he continued to pursue his life as an artist for many years. His work has been presented at numerous juried group exhibitions at the New Canaan Society for the Arts and the Silvermine Guild Galleries since 1976, and he was honored with the Carole Eisner Award for a sculpture named "Sunrise" by the Art of the Northeast in 2004.

Despite all his professional accomplishments, Dr. Megrue excelled most at home as a devoted husband to his wife since 1958, Suzanne, father of four, grandfather of 14, and great-grandfather of one. Before his passing, he hoped to be remembered for enjoying life and exploring all avenues of that enjoyment, from spending time with his children and grandchildren to traveling the world with his wife. 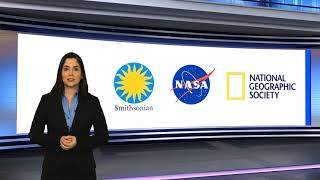