Dr. Ragen is a well-read, cultured and inspiring intellectual backed by more than 35 years of experience

SAINT LOUIS, MO, April 02, 2021 /24-7PressRelease/ -- Brian Abel Ragen, PhD has been included in Marquis Who's Who. As in all Marquis Who's Who biographical volumes, individuals profiled are selected on the basis of current reference value. Factors such as position, noteworthy accomplishments, visibility, and prominence in a field are all taken into account during the selection process.

Driven by a lifelong passion for literature, Brian Abel Ragen, PhD, carved out an accomplished career in education that has spanned several teaching positions and academic institutions around the world. A well-read, cultured, and inspiring intellectual, Dr. Ragen has devoted himself to broadening the minds of his countless students and contributing all he can—both academically and civically.

After the death of his parents when he was young, Dr. Ragen was raised by his aunt, a professor of history at San Diego State University who served as a great influence in deciding his future. Naturally, he built his future on the foundation of a strong education. He attended Pomona College, where he earned a Bachelor of Arts in 1980 and found great inspiration from two professors, Martha Andresen and Edward Copeland. He then continued his studies at Princeton University, graduating with a Master of Arts in 1983. Dr. Ragen launched his career as a lecturer at Princeton in 1984, a post he held until 1988—concurrently, he lectured at Bryn Mawr College from 1986 to 1987 and completed his education by obtaining a Doctor of Philosophy from Princeton in 1987. His areas of instructional expertise were in 20th Century American Literature, Heraldry, Liturgy and Hymnody, and Religious Literature.

From 1988 to 1993, Dr. Ragen excelled as an assistant, associate and full professor at Southern Illinois University. from 1993 until his retirement in 2013, at which point he was honored with Emeritus status. Besides working as an educator, Ragen supported education as a philanthropist, endowing scholarships and fellowships at Pomona College, Princeton University, Fontbonne University, and William Penn University. Reflecting on his time as an instructor, he fondly recalls the joy of "seeing the students become excited about the great tradition of English American literature for the first time."

Along with his primary responsibilities, Dr. Ragen also found success as a visiting professor at Hong Kong Baptist University in 2010. Additionally, he has been active as a board member of St. Louis Cathedral Concerts since 2000; a volunteer with the Order of St. John and the St. Louis Fisher House since 2014 and 2015, respectively; and a trustee with Fontbonne University since 2015. He has also been a secretary and board member at the Field House Museum and a volunteer with more than 300 hours of service with the Department of Veterans Affairs.

On top of his expertise in a lecture hall, Dr. Ragen has contributed his knowledge to many written works too. He has authored two books, "A Wreck on the Road to Damascus: Innocence, Guilt and Conversion in Flannery O'Connor" in 1989 and "Tom Wolfe: A Critical Companion" in 2002," as well as numerous articles for popular and professional publications and major works on heraldry, hymnody, and literary canon. Between 1992 and 2008, he served as the editor of the scholarly journal Papers on Language & Literature, which he considers his great service to his profession. He has also held office in several scholarly organizations, including as Co-Ordinator of American Literature Section of the Modern Language Association of America, as a board member of the Conference on Christianity and Literature, and as founding vice-president of the American Religion and Literature Society.

Ragen has always tried to bring literature out of the classroom. He has often spoken—and sometimes even sung—to meetings of the English-Speaking Union. In 2018, he produced a CD titled "Words to Music: Songs of Eugene Field," which featured acclaimed opera soprano Christine Brewer and tenor Scott Kennebeck perform settings of the American poet best known for his works for children. Ragen's interest in music reflecting in his memberships in the American Recorder Society and the Country Dance and Song Society, as well as his philanthropic support for a number of performing arts organizations.

Ragen also brought his scholarly interest in heraldry and chivalry out and the library and into his daily life. After publishing a major article on "Semiotics and Heraldry," he sought a grant of arms from the Her Majesty's College of Arms. As he had been honored by the Queen when she sanctioned his appointment as an Officer (Brother) in the Most Venerable Order of St. John, he qualified for a grant of "honorary" arms, despite his American citizenship. He has worked tireless to serve the charitable ends of the Order of St. John, serving on the chapter of the Priory in the United States and acting as the first leader of the St. John Volunteer Corps in the Midwest, and now hold the high grade of Knight of Justice. He is also a long-time member of the Equestrian Order of the Holy Sepulchre, in which he is now a Knight Grand Cross. In 2019 he became a Knight of Magisterial Grace of the Sovereign Military Order of Malta. He now devotes a great deal of time to serving the sick and the poor both through the St. John Volunteer Corps and the Department of Veterans Affairs and through Malta Mobile Ministries, which supplies logistical support to many charities.

Though he is now retired, Dr. Ragen remains active, currently working on a book on the revision of traditional hymns in modern hymnals; he also spends his free time singing, playing the recorder, and cooking. Looking toward the future, he hopes that the next generation understands the importance of being cultured and well-read in whatever job he or she might hold. According to him, he has most benefited by always following the truth and not intellectual fashions. On that note, he hopes to be remembered by his peers as someone whose writing is enjoyable and who tried to understand the world and the traditions that modern cultures sprang from, while also being aware of recent developments. 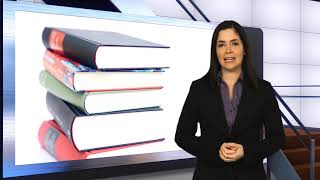