Joefon Jann Gets the Star Treatment!

A Distinguished Engineer describes her career in IBM Research, winning with passion, perseverance and patience

YORKTOWN HEIGHTS, NY, April 06, 2021 /24-7PressRelease/ -- Joefon Jann is a Distinguished Engineer and scientist at the prestigious IBM Watson Research Center in Yorktown Heights, NY. She works on developing and deploying computer systems targeted to make the world a better place, and to enhance the quality of life. These systems are used in AI (Artificial Intelligence), cancer, gene and drug (and recently COVID) research, in banking, weather forecasting, computer chess, and many commercial and engineering applications. These POWER systems are at the core of the two fastest supercomputers (Summit and Sierra) in the world. Ever since she was a teenager, Joefon was usually at the top in mathematics. She was also fascinated in finding patterns in everything, whether it be stamp-collecting, mathematics, music, the periodic table, computer systems, etc. After receiving her BA in math from Wellesley College, she got a MA degree in pure math. Finding that she did not enjoy teaching, she earned a second master's degree in computer science from Columbia University, and joined IBM.

When asked about the challenges she faced as a first-generation immigrant and a woman in a STEM field, Joefon was humble. She graduated from high school on Hong Kong, and was fortunate to have tuition, room and board fully paid for by Wellesley College. "The biggest challenge, particularly at the beginning, was the language, the slangs, and the different culture" she explained; but she is grateful to the excellent faculty and colleagues at Wellesley, and thinks that it is perhaps the best women's college in the US, and in the world. This institution not only gave her the knowledge to succeed, but more importantly, it gave her the confidence that women can be successful in a man's world.

In the famous "Deep Blue" chess team, Joefon was the only systems person for that machine for almost three years. The success of Deep Blue over a human (Kasparov) generated a great deal of interest in the media, but IBM reasoned that chess-playing was not the most productive use of the technology, so they re-named this SP (Scalable-Parallel) system to "Deep Thunder" and used it successfully for weather forecasting. These SP/POWER systems then evolved into many more generations of the world's top supercomputers, e.g. ASCI-Blue, -White, -Purple, BlueGene, and Summit and Sierra (the #1 and #2 supercomputers worldwide, circa 2019).

Joefon also co-founded an IBM internal group to help East-and-Southeast [women] Asian scientists become more successful leaders. A woman of many talents, Joefon is also passionate about photography, and has served as the main photographer for numerous weddings and church functions. She is amazed at how miniature the photography equipment has become – e.g. Decades ago, she used to carry heavy cameras, lenses, flash-lights, etc, and now she can achieve the same results with her iPad Pro. Ever a technology enthusiast, Joefon uses these skills to benefit her scientific presentations and work. She encourages women scientists to believe in themselves, and work very hard -- "Follow your passion and skills" she said, "Have PPP (passion, perseverance and patience)" as well as "live with Faith, Hope and Charity. Do your best to make the world a better place than the one you were born into, and leave the rest to God". With a heart full of faith, hope and charity, Ms. Jann is undoubtedly deserving of the Star Treatment.

The website http://joefon.com gives more details of her research.

About Star Treatment by Marquis Who's Who®:
The Star Treatment is a prestigious video series hosted by renowned lawyer and television personality, Star Jones. This premier video series is extremely limited — Marquis Who's Who qualifies 500 listees on an annual basis for this elite service. Backed by a storied career in media that spans more than two decades, Star works closely with Marquis listees to assist with networking goals and commemorative efforts that can be shared with a worldwide audience.

About Marquis Who's Who®:
Since 1899, when A. N. Marquis printed the First Edition of Who's Who in America®, Marquis Who's Who® has chronicled the lives of the most accomplished individuals and innovators from every significant field of endeavor, including politics, business, medicine, law, education, art, religion and entertainment. Today, Who's Who in America® remains an essential biographical source for thousands of researchers, journalists, librarians and executive search firms around the world. Marquis® publications may be visited at the official Marquis Who's Who® website at www.marquiswhoswho.com. 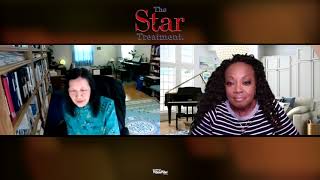