Dr. Felitti, a clinical professor of medicine, speaks to Star Jones about his career in the field

LA JOLLA, CA, April 15, 2021 /24-7PressRelease/ -- Vincent Justus Felitti, MD has participated in The Star Treatment, a prestigious video series hosted by renowned lawyer and television personality, Star Jones. This premier video series is extremely limited — Marquis Who's Who qualifies 500 listees on an annual basis for this elite service. Backed by a storied career in media that spans more than two decades, Star works closely with Marquis listees to assist with networking goals and commemorative efforts that can be shared with a worldwide audience.

Dr. Felitti, whose expertise in untangling complex biopsychosocial problems has benefitted his patients greatly, began his career in medicine because he came from a family full of doctors. This constant exposure gave him an early interest in the field and encouraged him to pursue it for himself. In his early days, in the 1960s, many doctors spent time in the military as physicians, and this experience was largely positive for Dr. Felitti. It taught him to work effectively as part of a large organization, and it also taught him to work on a population base, in addition to an individual basis.

A "teacher's teacher," as Star described him, Dr. Felitti started his studies in adult infectious diseases and enjoyed it very much. This was prompted by reading a book in grammar school, "Arrowsmith," by Sinclair Lewis, which was about a medical student with an interest in bacteriology. "That activated my own interest in bacteriology," Dr. Felitti said, and he spent many years of his education focusing on that field.

This mention of bacteriology and infectious diseases brought up the elephant in the room, the COVID-19 pandemic. While the world is suffering under the pandemic, Dr. Felitti noted, we are at least still below the number killed by the 1918 influenza pandemic, which caused an estimated 675,000 deaths in the United States, at a time when we had only one fourth of our current population.

Dr. Felitti, who has spent his career at Kaiser Permanente, initially spent 10 years in infectious disease practice, then spending 40 years in preventive medicine, a field that did not initially interest him. However, when he was presented with the opportunity to open a department in that field, he jumped at the chance, seeing the freedom to develop methods to improve medical practice. He was able to accomplish this goal, and because the field was seen as relatively low prestige, he was given the latitude to develop the department as he saw fit. Soon, it became evident that Dr. Felitti and his team would need to develop new preventive medicine techniques, since existing ones were not particularly effective. For obesity, the team initiated the then-new technology of supplemented absolute fasting, enabling a person to lose as much as 300 lbs in one year. Often, however, Dr. Felitti found that patients were terrified by their massive weight loss, and they would flee the program. In the course of this research, Dr. Felitti discovered a protective link between childhood sexual abuse and subsequent obesity because of the visual desexualization that occurs. He then found that, out of approximately 1,500 adult patients per year, 55 percent of them acknowledged a history of childhood sexual abuse, which typically coincided with the onset of their weight gain. Presenting his findings in Atlanta, Dr. Felitti spoke with a member of the CDC, who noted the profound implications of this correlation. Collaborating with Dr. Robert Anda of the CDC, this marked the beginning of the Adverse Childhood Experiences (ACE) Study, involving 17,500 adults from a general population, comparing their adult health status over a 20-year followup to 10 common but generally unrecognized categories of adversity during the developmental years of childhood.

When asked about the most important advice he would pass on to other medical professionals, Dr. Felitti advised them to be sure whether they are interested in clinical medicine, or medical research, as they are vastly different fields. If one is interested in clinical medicine, the decision must be made as to whether to become a solo practitioner, join a small group, or become a member of a large medical organization. Another choice that must be made early is whether one will practice in a purely biomedical mode, or in a biopsychosocial mode, which takes into account underlying causes of disease that seem invisible from the surface. With a diligent attitude and a passion for working with patients and physicians, there is no doubt that Dr. Felitti is worthy of the Star Treatment. 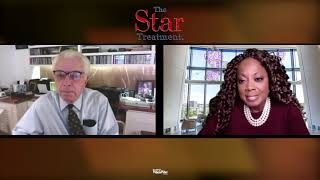