Dr. Leone speaks with Star Jones about his career in education

VALLEY COTTAGE, NY, April 15, 2021 /24-7PressRelease/ -- Dr. Stephen Joseph Leone has participated in The Star Treatment, a prestigious video series hosted by renowned lawyer and television personality, Star Jones. This premier video series is extremely limited — Marquis Who's Who qualifies 500 listees on an annual basis for this elite service. Backed by a storied career in media that spans more than two decades, Star works closely with Marquis listees to assist with networking goals and commemorative efforts that can be shared with a worldwide audience.

Dr. Leone, a lifelong educator, has been a devout reader since childhood, and he has been consumed with learning ever since. That love of learning led him naturally to teaching as he grew. "There were two things [that led me to teach]," he said. One was an assignment during Boy Scouts where he taught boys about troop leadership and patrol management, essentially the informal command structure of the organization. He did such an excellent job that the troop leader asked him to return, and he later learned that he was the first person to receive that distinction. He found the process of teaching fun, and decided to make that his career. Star noted that Dr. Leone found it thrilling to combine his passion for education with community service, another highly fulfilling endeavor, and these two ingredients mixed to form an incredibly impactful and rewarding career.

Outside of work, Dr. Leone has served on civic groups such as the YMCA, as well as other organizations focused on specific goals, such as saving a local playhouse. As he approached retirement, he took a step back from these roles, and decided to venture into other areas, such as being a judge for a local robotics competition.

When asked about the role of his family in his success, Dr. Leone was thankful for them for "just being there." While he was working to earn his PhD, he would spend many early mornings and late nights invested in his study, but he found the happiest moments during that time to be playing with his children and spending time with his wife. "They give you the ability to exhale sometimes, and that's what you need," said Star.

One of Dr. Leone's proudest accomplishments was earning the Eagle Scout, the highest rank that a Boy Scout can attain. It involves planning and executing a service project to benefit one's community, and this laid the groundwork for what Dr. Leone would make of his career. Another scouting award he is proud of is the Ad Altare Dei, an award for Christians within scouting. It requires Biblical study, as well as regular participation in Sunday worship services.

Some of the highlights of Dr. Leone's career have been earning curriculum awards and teaching Cisco Networking, but he finds that the biggest highlight came from meeting a politician in a supermarket. He was trying to think of how he knew of that particular politician, but as it turned out, the politician recognized him first: the politician had been a former student of his, and he went on to thank Dr. Leone for his wonderful lessons throughout the years. "You're never too old to keep learning," Dr. Leone said. True words, and ones that he has surely taken to heart. With that in mind, there is no doubt that Dr. Leone is worthy of the Star Treatment. 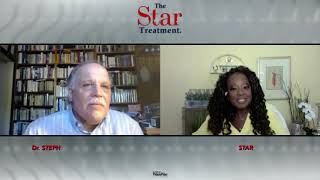