Dr. Schall's passion for engineering led her to a career filled with success

FRONT ROYAL, VA, April 15, 2021 /24-7PressRelease/ -- Susan O. Schall, PhD has participated in The Star Treatment, a prestigious video series hosted by renowned lawyer and television personality, Star Jones. This premier video series is extremely limited — Marquis Who's Who qualifies 500 listees on an annual basis for this elite service. Backed by a storied career in media that spans more than two decades, Star works closely with Marquis listees to assist with networking goals and commemorative efforts that can be shared with a worldwide audience.

Dr. Schall, an experienced consultant, has dedicated herself to giving people the tools to improve their professional lives. She began her career after training to become an industrial engineer. She thought she would become a patent lawyer, however the prospect of studying political science and history did not appeal to her, so she decided to look into engineering, as it appealed more to her love of mathematics and science. When she entered her classes, she knew she had made the right choice, as her new field would combine people, process and data to make things cheaper, faster and better.

After gaining experience with Eastman Kodak in the 1980s, Dr. Schall went to work for DuPont, one of the companies involved in the "quality revolution," as she refers to it, a period during the 80s when businesses across the country were refining processes and improving overall operations. Since then, Dr. Schall has consulted for a variety of industries, including chemical, nonprofit and higher education. The flexibility of her skill set keeps the job fresh and exciting, while also staying somewhat familiar, as the fundamentals behind process improvement are similar regardless of field.

Dr. Schall's company, SOS Consulting, helps manufacturing companies transform their operations to give them the foothold needed to compete now and in the future. She helps clients establish strategic clarity in terms of who and what the companies wish to become, as well as develop plans to increase the value provided to clients. Star pointed out the importance of "C-suite buy-in," which is essential to any kind of change transformation within an organization.

"My first client was a North American Printer," Dr. Schall said, "and they had determined before reaching out to me, that their biggest opportunity for improvement was to improve their throughput… [by reducing] equipment downtime." Through the creation of training materials and education, Dr. Schall was able to help employees and management see and fully understand the impact of her organizational improvements, which was a wonderful feeling.

Though Dr. Schall is a woman in a STEM field, she has thankfully not faced any major roadblocks or hurdles that her female counterparts have in attaining their roles. Rather, she has been recognized with a number of awards and accolades for her work, and she has been involved in accrediting baccalaureate programs across the United States in engineering. She is passionate about the manufacturing field, and feels that it must be as competitive as possible to make the country thrive. With a passion for improving processes and a rejection of the status quo, Dr. Schall is undoubtedly worthy of the Star Treatment. 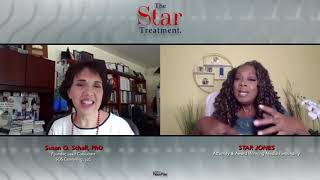