Dr. Justice, a forensic psychiatrist, speaks to Star Jones about her profession

WOODLAND HILLS, CA, April 16, 2021 /24-7PressRelease/ -- Barbara J. Justice, MD, ABPN, ABFP has participated in The Star Treatment, a prestigious video series hosted by renowned lawyer and television personality, Star Jones. This premier video series is extremely limited — Marquis Who's Who qualifies 500 listees on an annual basis for this elite service. Backed by a storied career in media that spans more than two decades, Star works closely with Marquis listees to assist with networking goals and commemorative efforts that can be shared with a worldwide audience.

Dr. Justice, an expert in the healing art of helping people, plays a key part in helping preserve people's mental health. "Forensic psychiatry is the junction at which psychiatry and the law meet," said Dr. Justice. "In fact, forensics, which is simply the legal regulation of any subject, can be applied to many different subjects." In other words, forensic doctors are those who have medical expertise in a particular field, but they also have experience and knowledge in how the law involves that field. "At any nexus between the law and mental health," she said, "you might find that the expertise of a forensic psychiatrist is beneficial." This means that forensic psychiatrists are called in to consult on cases where mental health is a key factor in a legal proceeding, such as a lawsuit or a criminal case.

"In traditional psychiatry," Dr. Justice said, "we are looking to evaluate a person, and to identify and ills that they are suffering, and then to formulate a treatment plan, often involving other professionals." On the other hand, in forensic psychiatry, professionals are called to evaluate, but the primary goal is not the treatment of the individual, but rather to provide an objective analysis and diagnosis. Additionally, while traditional psychiatry is traditionally kept private, forensic psychiatry is often ordered by a court and the results are necessarily shared with the proper authorities.

Noting that the public traditionally sees portrayals of forensics on procedural law television shows such as "CSI," Dr. Justice noted again that there are many disciplines of forensics, and psychiatry is only one. Though there is a shortage of professionals in this field, she is gratified that she has seen a few people of color enter the industry and provide services to others. Additionally, she noted, we live in a world where mental illness runs rampant, particularly in the homeless community. In Dr. Justice's opinion, the best solution to help these individuals would be to provide more widespread mental health care, rather than simply provide a punitive solution in the form of law enforcement. The emphasis should be on rehabilitating these individuals so they can become productive members of society, rather than simply neglecting them and leaving them to their own devices.

Asked about what advice she would pass on to future generations, Dr. Justice said that it was key for medical professionals to keep an open mind and experience the world, and, most importantly, master the craft of relating to humanity. The ultimate goal of medicine, she feels, is to use one's gifts for the benefit of others, and only through the development of empathy can this be achieved. With a strong desire to help others and a career filled with success, there is no doubt that Dr. Justice is deserving of the Star Treatment. 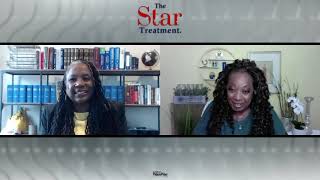