CHICAGO, IL, April 16, 2021 /24-7PressRelease/ -- Barbara Landers Bowles has participated in The Star Treatment, a prestigious video series hosted by renowned lawyer and television personality, Star Jones. This premier video series is extremely limited — Marquis Who's Who qualifies 500 listees on an annual basis for this elite service. Backed by a storied career in media that spans more than two decades, Star works closely with Marquis listees to assist with networking goals and commemorative efforts that can be shared with a worldwide audience.

Ms. Bowles, who successfully ran an investment management firm for 17 years, started her career after graduating from Fisk University, a historically Black college. After graduation, she was invited to join a banking company that would later become JPMorgan Chase. Initially, she performed research and train analysts, and she was even allowed to create small portfolios for large clients. This lit the spark that would propel her to the heights of the financial industry. The prospect of controlled risk fascinated her, and by using a well-balanced portfolio, she found that risk could be mitigated to an extent, increasing the chances that her clients would receive positive returns on their investments.

An avid investor herself, Ms. Bowles provides her expert advice to her friends now that she is retired. When Star mentioned that Ms. Bowles was a good candidate to serve on a public board, Ms. Bowles agreed wholeheartedly, as this was a path she had considered early on in her career working with CEOs as a researcher. One of the companies she worked with at this stage was Black and Decker, and she was invited by the head of the company to join their board in 1993. That appointment opened the door for her to serve on a number of corporate boards. At the height of her career, Ms. Bowles served on four corporate boards, which involved a great deal of hard work, but on average, she served on one or two boards at a time.

"One of the things that I wanted to do serving on a corporate board was to bring other people of color on board," Ms. Bowles said. Devoted to diversity, she even replaced herself with another woman of color when she was ready to step down from one of her corporate boards.

When asked about interesting financial advice, Ms. Bowles said that an appetite, or at least a tolerance, for risk, is a necessity to achieve consistent growth over time. In the modern economy, it can be challenging to achieve results higher than a two percent rate of interest, whereas a healthy portfolio should be averaging at least five percent to surpass the rate of inflation and provide positive returns. With that in mind, Ms. Bowles advocates for investors to diversify their portfolios, spreading the risk across many assets and increasing the chances of positive growth. Finally, she recommends that people invest throughout their life, rather than only for one period. Compound interest is a very powerful tool, but only when it is augmented by continuous investment. She advises young people to gain experience working for other people, rather than become entrepreneurs right out of college, to get a feel for how companies operate. She also encourages aspiring business and finance professionals to earn an MBA degree, as this can open doors in those industries.

Ms. Bowles has worked with a number of nonprofit organizations throughout her career, and she feels particularly gratified that, through these organizations, she has met a number of close personal friends. She cites her chairmanship of the board of trustees for Fisk University for the past four years as the highlight of her career. Additionally, she is very proud of having run her company successfully for 17 years. "I'd like to think that we're in the second beginning of the glory age of not only investing, but of considering more inclusion in the investment process," Ms. Bowles said. A lifelong investor with the courage to face risk head-on, we wish Ms. Bowles the best of luck in retirement and know that she is worthy of the Star Treatment. 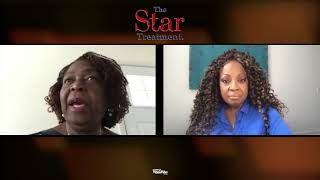