Backed by 45 years of professional expertise, Ms. Karavite is a respected figure in her community

ROYAL OAK, MI, April 19, 2021 /24-7PressRelease/ -- Carlene M. Karavite, LLP has been included in Marquis Who's Who. As in all Marquis Who's Who biographical volumes, individuals profiled are selected on the basis of current reference value. Factors such as position, noteworthy accomplishments, visibility, and prominence in a field are all taken into account during the selection process.

With more than 45 years of professional experience to her name, Carlene M. Karavite, LLP, spent her accomplished career as a double threat—helping others as both a licensed psychologist and a prominent real estate figure.

Upon graduating from high school, Ms. Karavite pursued an education at the University of Detroit, where she completed some coursework before taking a job as a secretary at Reichhold Chemical, Inc. from 1957 to 1959. She got married in 1958 and raised her children, which took up all her time and energy and so she put her career on hold for a while. Wanting to continue her studies, she focused on her studies throughout the 1970s, attending Oakland Community College, Oakland University, and Wayne State University. In 1976, Ms. Karavite entered the field of real estate as a property manager for Leota Dunham in Royal Oak, Michigan, a role she ended up holding until 2006. Concurrently with that job, she also served as a volunteer and child advocate for Family Focus from 1976 to 1978, a bookkeeper at Bee Kalt Travel from 1978 to 1979, an assistant optometrist at Belmont Vision Center from 1979 to 1980, and a secretary at the Dale Prentice Company from 1980 to 1985.

Ms. Karavite furthered her expertise in real estate in Michigan by becoming an agent, first at Berridge & Morrison in Royal Oak from 1985 to 1986 and then at Coldwell Banker Real Estate LLC in Birmingham from 1987 to 1989. She was also a salesperson for AT&T for a year in 1989. Ms. Karavite found the career extremely rewarding, and feels particular pride in contributing to a case when one of her clients was taken to court. During the trial, she felt empowered to speak up and stand up for herself and client, which she would not have had the courage to attempt without the assistance of therapy.

In the midst of these positions, Ms. Karavite also studied at Wayne State University, from which she ultimately graduated cum laude with a Bachelor of Arts in 1990, by now in her fifties. She had been gravitating toward psychology due to seeing its positive effects firsthand for many years. She was grateful for how dramatically the experience improved her life and became motivated to pay it forward and provide psychological comfort to others. Further inspiration came from a college friend who juggled full-time schoolwork and a psychology clientele. She was active as a supervisor for Michigan Family Court in 1990 and by 1992, she had obtained a Master of Science in Clinical Psychology from Eastern Michigan University. She then set out to help people navigate their issues and feel comfortable in their own skin.

Between 1993 and 1998, Ms. Karavite excelled as a limited licensed psychologist at Evergreen Counseling Centers in Farmington Hills, Shelby, and Sterling Heights; Advanced Counseling Services in Southfield; and Midwestern Educational Services in Bloomfield Hills. Among her many responsibilities, she worked with children and adults with Attention Deficit Disorder (ADD) and Attention Deficit Hyperactivity Disorder (ADHD), and thrived on seeing those who were struggling feel better about themselves through their sessions together. Since becoming an ADHD coach in 1997, Ms. Karavite has been affiliated with the American Coaching Association.

Outside of her primary endeavors, Ms. Karavite has kept active by drawing, painting, designing costumes, tap dancing, playing golf, skiing cross-country, and acting, most notably with the Heart of the Hills Players—a nonprofit community senior theater group in Southeastern Michigan with whom she has performed in productions of "South Pacific," "Hello, Dolly!" and "The Pajama Game." She took up roller skating at the age of 69 and has since participated in numerous national roller skating competitions.

Upon reflection of her life and career, Ms. Karavite encouraged the next generation of psychologists, coaches, real estate property managers, or just about anybody entering the workforce to "Use logic, love what you do, and find something that you enjoy that gets you moving physically. When you find it," she added, "don't stop [just] because you are a certain age." 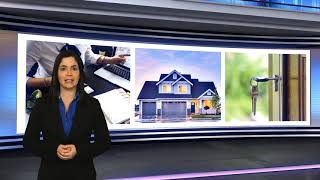