Dr. Devoe has excelled in the fields of medicine, health, and general compassion for more than four decades

MARTINEZ, GA, April 21, 2021 /24-7PressRelease/ -- Dr. Lawrence D. Devoe has participated in The Star Treatment, a prestigious video series hosted by renowned lawyer and television personality, Star Jones. This premier video series is extremely limited — Marquis Who's Who qualifies 500 listees on an annual basis for this elite service. Backed by a storied career in media that spans more than two decades, Star works closely with Marquis listees to assist with networking goals and commemorative efforts that can be shared with a worldwide audience.

Through an accomplished career as a clinician, an obstetrician, a gynecologist, a researcher, an educator, and an author, Dr. Devoe has taken pride in touching thousands of people—patients, students, trainees, residents, fellows, faculty members, and more—over the course of more than 40 years. Prior to his retirement from full-time practice in 2010, at which point he was honored with the title of Professor Emeritus at the Medical College of Georgia at Augusta University, he excelled as the chair of obstetrics and gynecology at this institution from 1996 to 2006 and as a tenured professor of these subjects beginning in 1989. He began at the Medical College of Georgia in the early 1980s, finding success as an associate professor from 1983 to 1989 and as the director of maternal-fetal medicine from 1984 to 2005. He honed his skills as an educator at the University of Chicago, where he served as an assistant professor from 1976 to 1983. A gifted physician, whose compassion and integrity with regards to his patients was limitless, Dr. Devoe's primary expertise resided in helping mothers-to-be and young mothers many of whom have been people of color, deal with serious medical issues and improve their health during pregnancy. By the end of his career, he had delivered more than 10,000 babies and provided countless hugs to patients just to "let them know everything is okay."

In addition, Dr. Devoe has lent his expertise as an author and as the editor-in-chief of the Journal of Reproductive Medicine—a post he has held since 2004. He also previously helped as a consultant in obstetrics through the Dwight David Eisenhower Medical Center in Georgia from 1983 to 2020; he most recently ran a unit of ultrasonographers and through his leadership, the group has operated safely throughout the COVID-19 pandemic despite being at risk of being exposed to the disease over the course of each workday.

Dr. Devoe's impressive professional path was paved from a young age, as he looked up to his grandfather, a prominent physician, as his role model. He knew since he was five years old that he wanted to follow in his grandfather's footsteps. That desire to become a physician never wavered and he even became determined to attend the same medical school his grandfather graduated from in 1911, the University of Chicago. The only difference between their medical journeys, he noted, was that his grandfather pursued the field of urology and his patients consisted of old men while he went into OBGYN and most of his were young women. In medicine, he said, "I saw the opportunity to make a difference in people's lives…and that's really what drove me. I'm only one person but I can make a difference in thousands of lives." Upon earning a Bachelor of Arts from Harvard University in 1966, he obtained a Doctor of Medicine from his grandfather's alma mater in 1970. However, his career plans shifted gears in March 1971 when, in the midst of a residency in obstetrics and gynecology at the University of Chicago, he received a draft notice from the U.S. Department of Defense, advising him to report for a physical exam and, ultimately, active duty.

The draft in question was a special one as the Army urgently needed doctors. Dr. Devoe was shipped off to Fort Benning in Georgia, where he treated troops for 731 days, from 1971 to 1973, serving as a captain in the Army Medical Corps. His commanding officers decided not to send him to Vietnam during his second year of service. Over the course of his time at Fort Benning, he was a company commander and learned how to give orders and how to be in charge—skills which carried over into his civilian and professional life.

Beyond his primary responsibilities as a clinician and an educator, Dr. Devoe has long been a great admirer of the arts. Throughout his "Renaissance childhood," as he called it, he was encouraged by his parents to study music, which he did for 12 years, classical dance, and all forms of art, as well as learn to play tennis. He later became served as a board member, vice president, and president of the Augusta Opera Association between 1987 and 2006. He and his wife are regular patrons of the Metropolitan Opera of New York. He has also found much success with his written works, having authored more than 250 articles for medical journals, several book chapters, and two books, including "Computer Applications for Perinatology" in 1993 and "Yankee by Birth, Southern by Choice" in 2020. This recent publication encapsulates his autobiographical journey as someone who grew up in the North, had familial roots to the South, and eventually became a Southern resident. "Now I've lived in the South half my life, so I consider myself a Southerner who has yet to acquire the accent."

Upon reflection of his life and career, Dr. Devoe is extremely proud of all the patients he has cared for, especially the young mothers who were experiencing medical problems that most people don't get until they are in their 50s and 60s. He counseled those who had high-risk conditions and helped to prevent their problems from becoming health- or life-threatening. Not believing that he had any secrets to his success, he attributes this success to dedication, setting high goals, keeping a desired timetable for what you want to achieve, and pursuing his dream the best he could. "If you set the bar high, you might not reach it all the time, but it'll at least make you the best at what you are able to do." 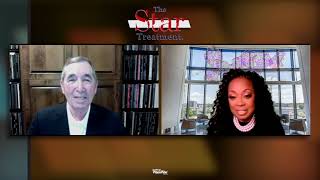