Mr. Lewis is a civic-minded lawyer whose love for the law is only eclipsed by his passion for helping others get justice

OXFORD, MS, April 26, 2021 /24-7PressRelease/ -- Ronald 'Ron' W. Lewis, JD has participated in The Star Treatment, a prestigious video series hosted by renowned lawyer and television personality, Star Jones. This premier video series is extremely limited — Marquis Who's Who qualifies 500 listees on an annual basis for this elite service. Backed by a storied career in media that spans more than two decades, Star works closely with Marquis listees to assist with networking goals and commemorative efforts that can be shared with a worldwide audience.

With more than 40 years of impassioned experience in civil rights, criminal defense, and environmental law to his name, Mr. Lewis has built an accomplished career that will continue to have a significant impact on the world for generations to come. A self-proclaimed "lone wolf" when it comes to lawyering, he has worked out of his private practice, Lewis Law Firm, in Oxford since 1978—all while lending his services as an associate at Hill, Lewis & Bell, now known as Hill Lewis & Wren, LLC, from 1981 to 1983, an associate at Hill & Lewis from 1983 to 1986, and an associate at Holcomb, Dunbar, Connell, Chaffin & Willard from 1986 to 1988. Outside of his primary endeavors in the field, he has contributed as a CJA, or Criminal Justice Act, Criminal Defense Training Coordinator for the Northern Judicial District of Mississippi between 1991 and 2002, and a CJA Panel representative for several national conferences between 1995 and 2003. In regards to his personal philosophy as an attorney, Mr. Lewis stressed the importance of being "independent in your thinking" and not being swayed for political reasons. He said, "Make your word stick, be honest, work hard for your client."

Although naturally gifted when it comes to the law, Mr. Lewis was driven by a different path early in his career—although his integrity and desire to seek justice was always there. Upon earning a Bachelor of Arts from Dartmouth College in 1965 and a Master of Arts in Teaching (MAT) French Language and Literature from Harvard University in 1969, he obtained a French government grant to live and teach in a French lycee (high school) for an academic year, and eventually began teaching at the University of New Hampshire, as well as a local high school. After four years as an educator, he became a self-taught blacksmith and artist and a member of the New Hampshire League of Craftsman. He ultimately wore another hat as a reporter for a weekly newspaper founded by a former Baltimore Sun editor and investigative reporter, where he broke a national story about Aristotle Onassis attempting to build the largest supertanker port and refinery in the world off the coast of New Hampshire—which prompted coverage by the New York Times, Los Angeles Times, and the Boston Globe. Mr. Lewis eventually shifted gears and focused on a career in law as he felt he could be a better advocate for people and issues in that role; he obtained a Doctor of Jurisprudence from the University of Mississippi in 1978.

From the beginning of his legal career, Mr. Lewis was passionate about progressive issues, and even made a name for himself as an environmental attorney before he graduated from law school. By his last semester, he was the chairman of the state Sierra Club and had assembled two lawsuits against federal agencies—the Atomic Energy Commission and the Tennessee Valley Authority. He drafted a complaint and a motion against those agencies for attempting to build a nuclear power plant in the northeast corner of the state, gathered witnesses, and had his colleague, his future legal partner, present it all in federal court, which led to a temporary injunction and abandonment of the construction project. He also put together successful cases against a federal agency trying to dredge and make canals out of the Tippah and Yocona Rivers in Northern Mississippi.

With his success in law in Mississippi, Mr. Lewis decided to stick around the state, although he had not originally intended to. However, over time, he made civil and human rights the focus of his efforts, working on behalf of both black and white residents being discriminated against. In fact, he is one of two lawyers that obtained a consent decree against the state of Mississippi for civil rights discrimination and spying, which he considers a highlight of his career. Although he is critical of the prejudices that still remain in his state, he takes great pride in the existence of the Civil Rights Museum located in Mississippi's state capital and the recent retirement and replacement of the previous state flag, which displayed the Confederate battle flag. Now all Mississippians have a state flag they can be proud of. In recent years, he has also become interested in targeting corporations-for-profit that run some of the state's prisons. "It's an obvious conflict of interest," he noted. "A corporation-for-profit has a [primary] obligation to its investors, not the prisoners it's taking care of. They cut corners, they understaff, they won't send prisoners to the hospital or emergency room, when needed…I've been handling some cases on behalf of families of prisoners who died because of neglect." Moreover, Mr. Lewis has contributed his services through pro bono work.

Mr. Lewis's civically-minded duties are not limited to the courtroom, however, as he was a member of the Institutional Review Board for the University of Mississippi from 1999 to 2018, where he focused on assuring that human subjects of scientific studies knowingly and voluntarily participated. He also was affiliated with the Mississippi Association for Children with Learning Disabilities from 1990 to 1991, on the board of directors for the ACLU of Mississippi from 1989 to 1990, and served as chairman of the Lafayette County Democratic Executive Committee from 1987 to 1991. He has remained connected to his field through the Lafayette County Bar Association and the Mississippi Bar Association.

Mr. Lewis hopes to convey to those in and out of the legal system, "There's a need for all of us to believe in the rule of law…believe in our Constitution, and within the Constitution, believe in individual rights and the Bill of Rights. These are essential to a successful democracy." 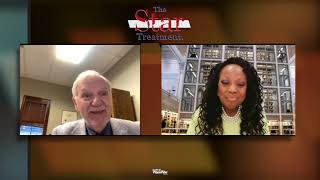