A member of the American Society of Mechanical Engineers, Mr. Mende is backed by five decades of professional expertise

TORRANCE, CA, April 29, 2021 /24-7PressRelease/ -- Howard Shigeharu Mende has been included in Marquis Who's Who. As in all Marquis Who's Who biographical volumes, individuals profiled are selected on the basis of current reference value. Factors such as position, noteworthy accomplishments, visibility, and prominence in a field are all taken into account during the selection process.

Over the course of more than 50 years, Howard Shigeharu Mende has built an accomplished and impactful career as an engineer—with specific expertise in mechanical work—and while he has excelled in this capacity for five decades, retirement is not on his radar.

Growing up in Hawaii, Mr. Mende was aware of his professional path from a young age; his father, a mechanic, often stressed to him how financially rewarding and stable a job as an engineer would be. With this ingrained in him, once he graduated high school, he pursued a Bachelor of Science in Mechanical Engineering from the University of Hawaii, which he earned in 1969. As a value-oriented and mathematical-minded student, he reveled in his academic training and the discovery of how things in the world worked and ran—while under the guidance of many inspirational professors. He learned to conduct evaluations and his technical pursuits in a more effective and efficient manner, based on a technical methodology technique. Prior to graduation, he was able to secure a job with Rockwell International, a major manufacturing company involved in aircraft, the space industry, and truck components whose representatives visited the university in order to recruit potential employees among the students.

From 1970 to 1971, Mr. Mende served—a registered professional engineer in the state of California—as a member of Technical Staff I at the Anaheim branch of the company before transferring to Los Angeles, where he worked in the same position from 1971 to 1973. Throughout the early part of his career, he had the opportunity to work with people who were involved in defense projects, such as the Minuteman Missile, an intercontinental ballistic missile that was in service with the Air Force Global Strike Command. Through the job, he got to be very close with Dr. George Robert Talbert, a renowned physicist who even acknowledged Mr. Mende for all their insightful discussions together in his book, "Philosophy & Unified Science." He subsequently advanced to Technical Staff II at Rockwell between 1973 and 1977, lectured on engineering at Pacific States University from 1974 to 1975, and then was active as a Development Engineer for AiRsch. Manufacturing Company in Torrance from 1977 to 1983. Mr. Mende returned to Rockwell from 1984 to 1986 as a member of Technical Staff IV before landing at the Western Region of the Defense Contracts Management Agency, where he has remained since 1987—first as a mechanical engineer and then as an electronics engineer beginning in 1994.

Priding himself in being a collaborative and results-driven worker, Mr. Mende is currently focused on monitoring contracts for the government, a majority of which are confidential—and sometime classified—in nature. Looking toward the future, he hopes to continue this federal work and believes that the crowning achievement of his professional life is still ahead of him. He has long been affiliated with the American Society of Mechanical Engineers in order to stay abreast of developments within his industry. Mr. Mende would advise any young and aspiring professionals interested in pursuing his field to learn to work in an effective and efficient manner, and to see things in a "big picture" way. It's integral for the job, he said, "to know what is important, no matter how complicated or simple…it needs to be done correctly and in a most accurate manner." 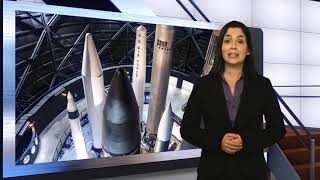