PORTSMOUTH, NH, April 29, 2021 /24-7PressRelease/ -- Pamela S. Hall has been included in Marquis Who's Who. As in all Marquis Who's Who biographical volumes, individuals profiled are selected on the basis of current reference value. Factors such as position, noteworthy accomplishments, visibility, and prominence in a field are all taken into account during the selection process.

For 50 years, Pamela S. Hall has dedicated her professional life to solving issues as an executive for Normandeau Associates, Inc., a renowned national leader in science-based environmental consulting services, research, and innovation. Through passion, immense knowledge, and a love for work and helping others, she stands out as an accomplished figure in her chosen field whose journey into the industry began with its inception—upon reflection, though, she feels that her career was inevitable.

Growing up in Farmington, Connecticut, Ms. Hall gravitated toward an environment-driven path from a young age; not always interested in playing with dolls, she much preferred hiking, animals, and insects—with a particular fascination with birds and spiders. Her early passions led her to the University of Connecticut, where she earned a Bachelor of Arts in zoology in 1966, during which time she also worked as a curatorial assistant at the institution. She then got a job at the Field Museum of Natural History in Chicago in the role of a research assistant from 1966 to 1967 before attending the University of New Hampshire in pursuit of her master's degree. While studying at the university, she was active as a teaching assistant beginning in 1967 and upon acquiring a Master of Science in zoology in 1969, she was an NDEA fellow and completed doctoral coursework in the subject from 1969 to 1971.

In 1970, while Ms. Hall was in graduate school, the environmental movement grew and included the first celebration of Earth Day; she was compelled by it right away as she was able to apply her interests and degrees to work in the field. She became a program manager at Normandeau Associates, Inc., based out of Bedford, New Hampshire, in 1971, a year after Donald Normandeau, PhD, founded the organization. She remained in this position until 1979 when she became the company's marine laboratory director for two years and then Programs and Operations Manager from 1981 to 1983. In the midst of her work, she found time to earn a Bachelor of Science in business administration from the University of New Hampshire, graduating summa cum laude in 1982 and later completing postgraduate coursework in urban and environmental policy at Tufts University. She was appointed Vice President in 1983. In 1987, Normandeau was purchased by Thermo Electron, now Thermo Fisher Scientific, a Fortune 500 company headquartered in Massachusetts. In 1988, Thermo appointed Ms. Hall as president and chief executive officer of Normandeau.

Since 2000, Ms. Hall has been active as a member of the Board of Directors for the company, and beginning in 2015, she was elected as board chairman and continued as Chief Executive Officer until 2020 when she became Executive Vice President. In her leadership role, she has been particularly proud of taking a business that was owned by a Fortune 500 company and, in 2000, leading the effort to buy it and make it a private, 100 percent employee-owned (ESOP), woman-led business. She looks forward to seeing Normandeau continue to grow and provide its renowned service to its clients and other companies, in line with the changing industry. Looking toward the future, while she is not looking to retire, she will most likely reduce her hours—planning to work part-time on strategic issues.

In addition to working at the company, Ms. Hall has found much success through her volunteer services, notably in relation to land conservation and environmental education, where she can utilize her knowledge and expertise to help nonprofits. She sat on the Conservation Commission in Portsmouth, was a member of the Wells National Estuarine Research Reserve's review committee from 1986 to 1988, and active with the Great Bay Estuarine Research Reserve Working Group from 1987 to 1989. She continued her volunteerism with such organizations as Trust for New Hampshire Lands, New Hampshire Charitable Foundation, the New Hampshire Chapter of The Nature Conservancy, and a commissioner of the New Hampshire Land and Heritage Commission from 1998 to 1999. Ms. Hall has also held numerous board of director roles at Volunteer NH, the Seacoast Science Center, the Business and Industry Association of New Hampshire, the Environmental Business Council of New England, the board of advisers for the Corporate Wetlands Restoration Partnership and the board of trustees for the Society for the Protection of New Hampshire Forests. She currently serves as Vice President of the board for South East Land Trust—an organization that protects land in Southern New Hampshire and is in the process of building a facility for conservation and science-based education. She is also a member of the board of advisors for UNH-Manchester and a member of the NHEPCOR Council.

Ms. Hall hopes to be remembered by her peers as someone who passionately led a highly-regarded company that was family-focused, community-minded, and employee-owned. Her high school classmates will remember her as a natural athlete whose affinity for basketball, field hockey, and softball shaped her early life. She was a "team player." 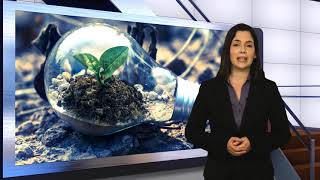