Mr. Norgren has been the owner of America First Realty since 2011, while also owning and operating farmland in Uganda

ELLICOTT CITY, MD, May 04, 2021 /24-7PressRelease/ -- Ervin M. Norgren, MBA has been included in Marquis Who's Who. As in all Marquis Who's Who biographical volumes, individuals profiled are selected on the basis of current reference value. Factors such as position, noteworthy accomplishments, visibility, and prominence in a field are all taken into account during the selection process.

With 50 years of professional experience to his name, Ervin M. Norgren, MBA has built an accomplished career in real estate on a strong work ethic and a lifelong love for "the land."

Growing up in Minnesota, Mr. Norgren spent his upbringing working on his family's farm—motivated from an early age by his grandparents, whose encouragement to work hard gave him the initiative to improve himself, along with God's help. Upon graduating from high school, he pursued further education by earning a Bachelor's degree in administration and management and then a Master of Business Administration, with real estate as his primary focus of concentration, from St. Paul University.

Equipped with degrees, Mr. Norgren was then drafted into the U.S. Army during Vietnam—he was sent to infantry school in Virginia and then transferred into a medical service corps, in which he served for 30 years and was promoted to the rank of Colonel. Gravitated toward its several benefits, he flourished in the corps, working as Chief of the Supply and Services Division for the ninth medic laboratory, going on two tours in Vietnam, and even being integral in setting up President Nixon's war on drugs. Mr. Norgren looks back at this time as a career highlight as he had the opportunity to work with great people, all of whom were extremely professional and held in-depth knowledge of the entire medical field.

In the midst of his military service, Mr. Norgren established himself in the real estate industry, where he excelled in the capacities of residential and commercial properties. Accumulating decades in the field, he found much success in 2011 when he became the owner of America First Realty, based out of Columbia, Maryland. Additionally, with his wife—a nurse for the VA who is originally from Uganda—he owns and operates a farm in her home country, for which they handle marketing, buy supplies from all over the world, and run a hatchery for their tilapia farming. As mirror of his own past, it has become a family business, with several relatives working on and providing the basis for the farms—including their three daughters, who lead the administrative and technological aspects of the operation.

Outside of his main endeavors, Mr. Norgren is a devoted member of St. John's Lutheran Church, through which he experienced catechism; he considers it the source of his whole life. As a testament to his many achievements throughout his education and career, he has been inducted into many honor societies for high grade-point average and has earned a National Athletic Scholarship Award and numerous military recognitions. Although he is currently heading into semi-retirement, he remains connected to his professional life as an affiliate of the National Board of Realtors, as well as the Better Business Bureau.

With a long and rewarding in his chosen field, Mr. Norgren hopes to leave behind a legacy of hard work, honor, service to others, leadership, and devotion to his family. 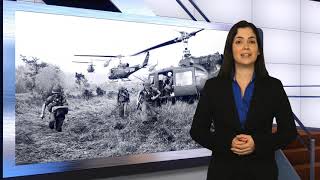