Dr. Grosholz discusses her career in academia with Star Jones

STATE COLLEGE, PA, May 04, 2021 /24-7PressRelease/ -- Emily Rolfe Grosholz has participated in The Star Treatment, a prestigious video series hosted by renowned lawyer and television personality, Star Jones. This premier video series is extremely limited — Marquis Who's Who qualifies 500 listees on an annual basis for this elite service. Backed by a storied career in media that spans more than two decades, Star works closely with Marquis listees to assist with networking goals and commemorative efforts that can be shared with a worldwide audience.

Dr. Grosholz, a philosopher, educator and poet, attended college at the University of Chicago with the goal of becoming a poet and mathematician, like Omar Khayyam. One of the things she discovered through her education was that it was very difficult for a woman at that time, nearly 50 years ago, to become a professional mathematician. With that in mind, she decided to work on the philosophy of mathematics, which allowed her to continue learning about mathematics, the field of her interest, while also delving into the philosophy of science, since so much of science is organized by mathematics. She had been interested in poetry since junior high school, so she naturally continued that endeavor also. In graduate school, Dr. Grosholz ran a poetry series outside of Yale for two years. In so doing, she met a number of poets and writers, including the two editors of The Hudson Review, who later offered her the position of advisory editor. This fateful encounter would lead her to one of the most fulfilling positions of her career.

Apart from holding a passion for poetry, Dr. Grosholz is also a poetry judge. When asked by Star about how one creates a standard by which to judge such a diverse and subjective art form, Dr. Grosholz replied that the form of poetry is much more important that many people realize. Though the so-called free verse style of poetry, which enjoyed popularity in the 20th century, does have its merits, she feels that poetry organized by rhyme and meter is the kind of poetry that allows the writer to discover things through the structure of the language and the limitations imposed by the form. Additionally, as a side benefit, poems written in this style are much easier to turn into music. Though she does not consider herself a strict formalist, Dr. Grosholz has a keen eye for memorable forms and unique surprises that can create new meaning in a work of poetry.

Some of the philosophers that hold Dr. Grosholz's attention are Descartes, Leibniz, Spinoza, and Newton. One of the topics that had always fascinated her was the philosophy of mathematics in general, particularly with regard to its development. She describes her interests as the areas where ethics and politics intersect, especially where compromise is concerned. As she put it, "how people who disagree with each other can talk with each other and decide what to do next." While Aristotle touched on this subject, and gave Dr. Grosholz a great deal to think about in considering how solutions could be found to modern problems, such as climate change. This search for compromise will be the topic of Dr. Grosholz's next book.

One of the things that Dr. Grosholz discovered about herself in college was that she loved to travel, and this passion, luckily, is a central component of a career in academia, as she frequently travels to other campuses, and indeed other nations, to present findings and conduct research. Some of this research can be found in her books, the latest of which is "Reflections on Poetry and the World: Walking along the Hudson," a collection of her literary essays. And her travels also wound up in her book The Stars of Earth: New and Selected Poems.

When asked about advice she would give to poets, Dr. Grosholz advised that they find a journal of poetry that they want to work with, and consider doing work for them beyond submitting poems. The knowledge one can gain from the process of reviewing and publishing poems can be enlightening for someone new in their career. For philosophers, she suggests learning new languages, and try to focus on a particularly fascinating field of research that can sustain interest over a prolonged period of time. The importance of interacting with people around the world, and the ability to talk to these people, cannot be overstated in Dr. Grosholz's opinion. With a lifetime of experience as a poet, researcher and philosopher, Dr. Grosholz is most certainly worthy of the Star Treatment. 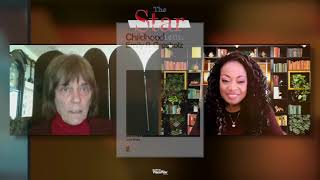