Jack Foley Lauded for His Skill as a Poet

Mr. Foley has been writing poetry for numerous decades and refined his technique over the course of a distinguished career

OAKLAND, CA, May 11, 2021 /24-7PressRelease/ -- Jack Foley has been included in Marquis Who's Who. As in all Marquis Who's Who biographical volumes, individuals profiled are selected on the basis of current reference value. Factors such as position, noteworthy accomplishments, visibility, and prominence in a field are all taken into account during the selection process.

As a poet, writer, radio host, and former editor-in-chief and literary critic, Jack Foley has enjoyed a prolific career dedicated to the written word. His celebrated works reflect the mindset of a strenuously active intellectual.

For Mr. Foley, who grew up in Port Chester, New York, his awakening to poetry when he was young was similar to "some kind of baptism." He was 15 years old when somebody suggested he read a poem by Thomas Gray; he had long been interested in writing, playing guitar, and writing lyrics, but he didn't think he was all that interested in poetry. However, he went to the library and took out a book of the English poet's works, read aloud "Elegy Written in a Country Churchyard," and immediately fell in love. He felt as if he knew the poet on a cosmic level, that he was incarnated inside of him. It inspired him to sit down and write his own, completely imitating the poem he had just read, and he was impressed with himself, compelled to get back into the headspace that Gray put him in and create more. The poem he read dealt with the dissolution of boundaries and, although Gray was an 18th-century aristocrat and he was a 20th-century working-class kid, he found echoes of himself in the work in a way he had never experienced before and through the beauty of language he'd never heard before. This turning point led to his decision to pursue a career in poetry.

In 1963, Mr. Foley earned a Bachelor of Arts in English Literature from Cornell University in Ithaca and then continued his education in the same subject at the University of California, Berkeley, where he received his Master of Arts in 1965 and studied as a recipient of the Woodrow Wilson Fellowship. Mr. Foley had met his late wife, Adelle Foley, in 1960 while attending Cornell, and they were married a year later. In the subsequent years after college, Mr. Foley published several poems and articles, but it wouldn't be until 1985, at 45 years old, that he and his work were noticed in a prominent way. That was the year he had his first poetry reading, alongside Adelle, the first of many "multi-voiced" performance pieces they did together that became an essential, and memorable, aspect of his career. These presentations were made up of combined, sometimes in-unison, voices, overlapping and bouncing off one another to create urgent, frantic, exciting and 'musical' readings of these works.

Mr. Foley was always grateful to Adelle, who passed away from stomach cancer in 2016, because she not only stood by him through the years in which he was a struggling unknown in the field, but believed in his work and never complained. Following her death, he found a new love and performance partner in girlfriend Sangye Land, the daughter of poet Julie Rogers and step-daughter of poet David Meltzer.

Starting in 1987 with the publication of his book of poetry "Letters/Lights-Words for Adelle," Mr. Foley entered into a prolific, decades-spanning career as an author, with 17 poetry books, five books of criticism, stories, and a two-volume Chrono encyclopedia, "Visions & Affiliations, A California Literary Timeline: Poets & Poetry 1940-2005," to his name, not to mention several works as an editor and contributor. Some of these titles include "Inciting Big Joy" in 1993; "O Her Blackness Sparkles! The Life and Times of the Batman Art Gallery, San Francisco, 1960-1965" in 1995; "Exiles" in 1996; "Foley's Books: California Rebels, Beats and Radicals" in 2000; "The Dancer and the Dance: A Book of Distinctions" in 2008, and "Grief Songs" in 2016.

He and his work, "Vision & Affiliations"—a 1300-page behemoth that chronicles post-war California literature, beloved by the few who read it when it sold about 200 copies, though it quickly vanished from shelves and sight—were the focuses of the 2019 book, "Jack Foley's Unmanageable Masterpiece" published by Monongahela Books and edited by Dana Gioia and Peter Whitfield. Speaking on Mr. Foley's work, Dana Gioia has said it "represents the rare commodity—genuinely avant-garde poetry. He takes the polyphonic forms of [Ezra] Pound and [T.S.] Eliot and pushes them into possibilities open only to performance-based art. This is experimental poetry with depth and intelligence as well as intensity." In addition, poet and author Janine Canan called Mr. Foley "a brilliant critic and a unique poet whose work energetically records the disintegration of the patriarchy." Fellow poet Michael McClure referred to him as a "firebrand experimentalist, and he holds his torch high so the reader can have more light," while Christopher Bernard, a poet and critic, ranked him as "one of American poetry's essential thinkers and practitioners."

In January 2021, he published "The Light of Evening: A Brief Life of Jack Foley," which was followed up by February's release of "A Backward Glance O'er Travel'd Roads: A Reminiscence and a Presentation of the Various Forms I Have Employed Throughout My Long, Long Life." Speaking of his craft, he has said, "Writing involves a mixture of intelligence and intuition…I think the greatest writers allow these two qualities to dance together." A majority of his poetry books came with corresponding CDs and cassette tapes containing audio of Mr. Foley and his wife performing the works. Together, they also often appeared on television programs.

Since 1988, Mr. Foley has served as the host and executive producer of "Cover to Cover with Jack Foley," a program on the Berkeley radio station KPKA-FM that celebrates the art of poetry, consisting of interviews and poetry performances. He has served on numerous organizations throughout his career, including the Modern Language Association. He served as program director of PEN Oakland from 1990 and 1997, and secretary of the San Francisco Chapter of the National Poetry Association from 1989 to 1995.

In recognition of his numerous career achievements, Mr. Foley was bestowed the Lifetime Achievement Award from the Berkeley Poetry Festival in 2010, which the poet considers the highlight of his career. The ceremony involved a poetry reading with Adelle, to whom Mr. Foley said he owed everything. It was as much her day as it was his, he later noted. That same year, Berkeley designated a "Jack Foley Day" in June.

Mr. Foley leaves behind a legacy of passion, intellectualism, determination, and a deep understanding of the world around him as well as those who inhabit it, and, of course, beautiful words. In his poem, "Elegy: Roy Lisker," he writes, "These years, let's put them all together in a movie and run them backwards, till we reach that blackness, that unknowable stuff at the beginning / And say that moving into it is nothing more than entering a dark room / And moving into it until you find the light." 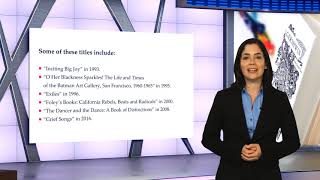