Dr. Knight was granted the Distinguished Public Service to Earth Science Award from the Rocky Mountain Association of Geologists in 2011

GOLDEN, CO, May 11, 2021 /24-7PressRelease/ -- Constance N. Dodge Knight, PhD has been included in Marquis Who's Who. As in all Marquis Who's Who biographical volumes, individuals profiled are selected on the basis of current reference value. Factors such as position, noteworthy accomplishments, visibility, and prominence in a field are all taken into account during the selection process.

With more than 45 years of professional experience to her name, Constance N. Dodge Knight, PhD, has established herself as a renowned geologist whose significant impact in her field is built on education, a strong work ethic, and passion.

Growing up in Nebraska, Dr. Knight was raised in a family of immigrants— "Germans from Russia," she noted—in which hard work and tenacity were stressed as pivotal for success. Additionally, her grandfather, William Stoll, ingrained in her at a young age that she could do anything that boys can. From the age of five, she was enamored by rocks, nature, and discovery. She loved traveling to the mountains in nearby states and collecting rock samples with the help of her father, who carried a hammer on their hikes. This fascination only strengthened over time and led to her enrollment at what is now Western Colorado University as a geology major. Upon earning a Bachelor of Arts in the subject in 1970, she continued her education with a Master of Science in geology from the University of Arizona in 1973—where she received a full-ride scholarship and worked as a teaching assistant.

Equipped with degrees and hands-on experience, Dr. Knight became one of two women geologists among a staff of 80 geologists at the Denver Amoco Corporation office in 1973. By the end of her time at the company five years later, she held the role of Senior Petroleum Geologist and was credited with a natural gas well discovery. She subsequently served as an independent geologist, consultant, and contractor from 1978 to 1991, during which time she earned royalties and working interests from nine self-generated prospects that became producing properties. In 1987, as the sole owner of Geo-Educational Services, she created a new geologic teaching product and developed a market for it; she ultimately sold her copyright to Ward's Science, an international company. After 32 years, her teaching materials, which include a 44-page teacher's guide and copy masters for 11 activities are still produced and marketed as the "Wards Discovering Rocks and Minerals Lab Activity."

Between 1991 and 1995, Dr. Knight was active as a Senior Principal Environmental Engineer at Rocky Flats Plant in Golden, Colorado, where she directed technical projects, taught technical training courses, and managed contracts, schedules, and budgets. In the midst of her responsibilities, Dr. Knight found the time to earn a Professional Degree in hydrogeology from the Colorado School of Mines, where she subsequently completed a Doctor of Philosophy degree in Geology while working as an independent geologist and consultant from 1996 to 2000.

Dr. Knight lent her skills as a geologist and borehole image analyst at Baker Atlas in Denver from 2001 to 2002 before doing more independent work, in which she sold an exploration opportunity to a large independent oil and gas company and evaluated naturally-fractured reservoirs for client companies—including Kerr McGee, Westport Petroleum, Sandia National Laboratories, and the Colorado School of Mines. Since then, she has served in leadership roles at Admiral Bay Resources, Inc., Robson Energy, and True North Energy Corporation. Since 2009, she has been active as an independent geologist. Dr. Knight asserts that the use of natural gas as a global energy source to replace coal is a viable middle-of-the-road solution to curb the CO2 emissions that are allegedly affecting global climate change. Dr. Knight, in partnership with her husband Roger,a petroleum engineer, have generated a large natural gas prospect with several trillion cubic feet of potential natural gas reserves. They are currently seeking an energy partner to develop this venture.

For the past 46 years, Dr. Knight has held a membership with the Baha'i Faith, an international religion aimed at establishing unity and concord amongst all people of the world. She and her husband Roger of 24 years host regular interfaith devotional gatherings in their home. As a testament to her numerous achievements, she was recognized with a Distinguished Public Service to Earth Science Award from the Rocky Mountain Association of Geologists in 2011 and selected as one of the top 40 women in energy by the Business Journal.

Dr. Knight, remembered as someone who was excellent in the field of geology, has been motivated throughout her career by overcoming obstacles and by her dedication to learning. Looking toward the future of her industry, she urged that women view geology as not being male-dominated, stating, "Look at the progress women have made…Be yourself, do not alter your values or vision because you have to impress someone." She values time with her family, which includes two children, one of whom is adopted from Korea, and five grandchildren. 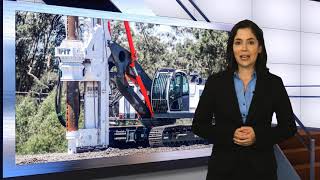