Philip E. Devine Honored for a Successful Career in Philosophy

PROVIDENCE, RI, May 18, 2021 /24-7PressRelease/ -- Philip E. Devine has been included in Marquis Who's Who. As in all Marquis Who's Who biographical volumes, individuals profiled are selected on the basis of current reference value. Factors such as position, noteworthy accomplishments, visibility, and prominence in a field are all taken into account during the selection process.

With 40 years of professional experience to his name, Philip E. Devine, PhD has built an accomplished and impactful career as an educator and lecturer in the field of philosophy. Over the course of several decade and across several institutions, he has helped shape and inspire countless young minds through his deep passion for his work.

An Illinois native, Dr. Devine gravitated toward his professional path while a student at Yale University, where he fell in love with the subject of philosophy during a course taught by Professor Richard Bernstein—who would serve as a great inspiration for his future. Upon earning a Bachelor of Arts in philosophy in 1966, he continued his education at the University of California, Berkeley, where he obtained a Doctor of Philosophy in the subject in 1971. As a student at Berkeley in the late 1960s, he experienced a stimulating, exciting, and scary cultural environment that affected him greatly and made him think in much more complicated ways than he had previously.

Dr. Devine launched his career as a lecturer at the University of Wisconsin-La Crosse between 1978 and 1979 before advancing to the post of Assistant Professor at the University of Scranton from 1979 to 1984. In the midst of his role in Pennsylvania, he spent a year as a Liberal Arts Fellow at Harvard Law School starting in 1980, through which he developed a stronger interest in social and political philosophy. He subsequently exceled as an Assistant Professor at St. Cloud State University in Minnesota from 1984 to 1987, an instructor within the University Without Walls initiative at the University of Massachusetts Amherst in 1987, and a Professor-in-Residence at Stonehill College in Massachusetts from 1987 to 1989. Additionally, he lent his expertise in the field as a senior lecturer at Lesley College from 1987 to 1989, an instructor at Tufts University in 1988, and an instructor of continuing education at Emerson College from 1988 to 1989. Dr. Devine joined the faculty at Providence College in Rhode Island in 1990 and served as a professor at the school up until his retirement in 2015, when he was honored with the rank of Professor Emeritus.

Outside of his primary endeavors in education, Dr. Devine has also found success with many written works—having authored "The Ethics of Homicide" in 1978, "Relativism, Nihilism, and God" in 1989, "Human Diversity and the Culture Wars" in 1996, and "Natural Law Ethics" in 2000. In addition to contributing several articles to professional journals over the course of his career, he was a devoted member of the editorial board for the Legal Studies Forum from 1984 to 1988. Moreover, his affiliation with his field extends to long-term memberships with such organizations as the Rhode Island Association of Scholars, Rhode Island Humanities Forum, National Association of Scholars, American Association of Legal and Social Philosophy—known as AMINTAPHIL—American Philosophical Association, Society of Christian Philosophers, and American Catholic Philosophical Association.

Upon reflection of his career, Dr. Devine hopes to leave behind a legacy of education, philosophical impact, social and cultural research, and passion for one's work. In his spare time, he enjoys listening to music, hiking, and reading about Civil War history. 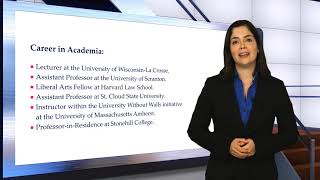