Audrey Jane Wolfinger Praised for a Career in Library Education

Ms. Wolfinger dedicated her time to teaching students how to use the library and utilize its services to research particular subjects

FURLONG, PA, June 04, 2021 /24-7PressRelease/ -- Audrey Jane Wolfinger has been included in Marquis Who's Who. As in all Marquis Who's Who biographical volumes, individuals profiled are selected on the basis of current reference value. Factors such as position, noteworthy accomplishments, visibility, and prominence in a field are all taken into account during the selection process.

Driven by curiosity, honesty, and a love for inspiring children to learn, Audrey Wolfinger built an impactful career as a librarian at the Neshaminy School District in Langhorne, Pennsylvania, for nearly 30 years prior to her retirement in 1984. Throughout her rewarding professional life, Ms. Wolfinger developed a reputation for being extremely organized, having the ability to control chaos in a classroom, and innovating her workplace with new educational tools and avenues.

Born and raised in Mount Penn, Pennsylvania, Ms. Wolfnger was inspired by her father, Harry Charles Wolfinger, from whom she inherited a passion for reading and the belief that any dream could be achieved; he often told her she "could do anything she wanted as long as she did it well." She had another role model in the house growing up in her brother, a science teacher and a graduate of Kurtztown State Teachers College, where she pursued a formal education. In particular, she considered herself her brother's guinea pig as he went through a curriculum in college in which he had to learn to give tests and proctor examinations; he would frequently utilize his sister as a barometer for the tests. It was through her brother that she took the Miller Analogies Test, or MAT, which measures a student's cultural literacy and reasoning ability. By taking it, she found that she should pursue a career in either music, another passion of hers, or as a librarian; her brother then directed her to Kurtztown, informing her that it had a renowned library school and she should consider it. Ms. Wolfinger was always interested in working in a library, as she went so often, and decided to pursue it as long as she could still work on her music.

Upon earning a Bachelor of Science in education from the institution in 1955, Ms. Wolfinger joined the administrative librarian staff at Neshaminy School District, where she remained for the next three decades. While working at the school, she continued her own education with a teacher's certificate from Temple University in 1957 and then a Master of Science in Library Science from Florida State University in 1970—which she considers her personal crowning achievement. She served as a librarian and an audio-visual coordinator at Neshaminy Junior High from 1955 to 1976 and then advanced to a librarian at the high school from 1976 to 1984. She predominantly taught students how to use the library and utilize its services to research particular subjects, and always got a lot out of seeing them have an "ah-ha moment" under her teachings.

Additionally, Ms. Wolfinger was integral in setting up four libraries at the school. When she began in the 1950s, smaller school districts were in the process of being consolidated into a bigger district. This prompted a reorganization of the schools' libraries. She played a major role in transforming the four libraries into a cohesive and organized system at a district that once prioritized a football stadium over a budget for books in the library.

Outside of her primary responsibilities, she also served on the board of directors of Neshaminy Valley Music Theatre from 1964 to 1965 and excelled as the editor of the Wolfinger Family Newsletter from 1988 to 2004. She has also been affiliated with numerous organizations in relation to her areas of expertise and interests. The former vice president, president, and resource center director of the Bucks County Genealogical Society, Ms. Wolfinger has held memberships with the National Society of Daughters of the American Revolution, the National Society Daughters of the American Colonists, the National Genealogical Society, the Kutztown University Alumni Association, and the Florida State University Alumni Association.

Gifted with immense knowledge and a good sense of humor, which she stressed the importance of in her success, Ms. Wolfinger hopes to leave behind a legacy of education and an infusion of interest in learning. She urged to all students and budding professionals: "learn something, learn every day. Keep your curiosity going." She also hopes that those who aspire to enter her field proceed with their dreams and do so with honesty, adding "find something you like to do and do it the best you can." In retirement, Ms. Wolfinger enjoys playing baroque piano music, reading British mystery novels, and researching family history. 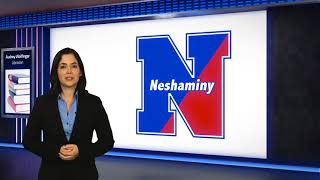