Sharon A. Gordon Honored for Dedication to Education

An educator of more than 40 years, Ms. Gordon dedicated her illustrious career to her New Jersey hometown

Ms. Gordon reflects on her career with pride that she was always able to persevere even when times were tough.

SPARTA, NJ, June 11, 2021 /24-7PressRelease/ -- Sharon A. Gordon has been included in Marquis Who's Who. As in all Marquis Who's Who biographical volumes, individuals profiled are selected on the basis of current reference value. Factors such as position, noteworthy accomplishments, visibility, and prominence in a field are all taken into account during the selection process.

For more than 40 years, Sharon A. Gordon served as an accomplished and impactful educator in Sparta Township in her home state of New Jersey. Throughout her decades as a teacher and educational aide, up until her retirement from in 2011, she established herself as a hardworking, compassionate, and dedicated leader whose highest priority was always her students.

Growing up in Sparta, New Jersey, Ms. Gordon excelled academically throughout high school and, upon graduating, furthered her education at Centenary College from 1963 to 1964, where she completed coursework in preparation for future studies. She earned a Bachelor of Arts in mathematics, chemistry, and history from Drew University in 1967 and was subsequently hired as a mathematics teacher at Sparta High School in 1968, a position she held for the next three decades. In the midst of her early appointment, she became certified as a secondary school mathematics teacher for grades seven through 12 by the New Jersey State Board of Examiners in 1969 and obtained a Master of Education from Montclair State University in 1970.

Over the course of her years as a teacher, Ms. Gordon attributes her success to diligence, intelligence, and a genuine interest in her students—she took great care in learning to understand the intellectual education of students as well as how their emotional qualities affect how they absorb information and grow in the classroom.

Though she retired from her post at the high school in 2000, Ms. Gordon knew she "wasn't going to sit down," as she noted. She wanted to do something radically different and quickly set her sights on being a preschool teacher aide, a role she assumed at Circle of Friends Preschool from 2000 to 2011. Throughout and beyond her professional life, she has maintained ties to her field as a member of the National Education Association, the Sussex County Retired Educators Association, and the New Jersey Retired Educators Association. In addition, Ms. Gordon has been a devoted affiliate of the Jack Russell Terrier Club of America and, in 1990, she displayed her community pride by joining the choir at Sparta United Methodist Church, where she has been a member of the congregation since 1956.

A gifted writer who continues to create poetry in retirement, Ms. Gordon was recognized with a Creative Writing Award from Centenary University in 1963; as a further testament to her accomplishments, she has been honored through several Who's Who publications, including Millennium Magazine, Who's Who of American Women, Top Professionals of the Year, and Who's Who in America, among others.

Hoping to be remembered by her peers as a friendly, kind, and dedicated person, Ms. Gordon reflects on her career with pride that she was always able to persevere even when times were tough. In her spare time, she enjoys baking, cooking, cross-stitching, reading, and spending time with her four dogs, two cats and two turtles. 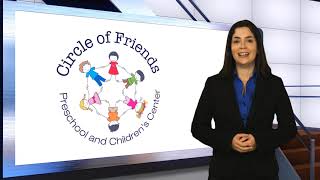