Backed by decades of experience, Dr. Donaldson has found great success as a pathologist, surgeon, educator and author

REDHILL, UNITED KINGDOM, July 07, 2021 /24-7PressRelease/ -- Dr. David Donaldson has been included in Marquis Who's Who. As in all Marquis Who's Who biographical volumes, individuals profiled are selected on the basis of current reference value. Factors such as position, noteworthy accomplishments, visibility, and prominence in a field are all taken into account during the selection process.

From an extremely young age, Dr. David Donaldson has believed that everything is interesting; this mindset and an early ability to identify and develop his own passions for science, medicine, academia, and puzzles paved the way for an accomplished career as a pathologist, a surgeon, an educator, an author, an administrator, and a consultant in his field that lasted nearly five decades. Prior to his retirement in 2006, he excelled as a consultant in chemical pathology at Gatwick Park Bupa Health Centre, a role he held since 1984—a position in which he also served at East Surrey Hospital and Crawley Hospital within Surrey and Sussex Healthcare NHS Trust between 1970 and 2001. Over the course of his professional life, Dr. Donaldson has found it most rewarding to help others through the challenge of solving difficult problems.

As a child growing up in Birmingham, England, Dr. Donaldson attended King Edward's School, a prestigious independent day school for boys founded in 1552 whose illustrious alumni includes J.R.R. Tolkien, among several others. It was while at the institution that he developed his pre-existing love for chemistry, biology, and physics—his father worked as a chemist and exposed him to the "wonders of chemistry" when he was very young. As a student of medicine, his natural instinct was to view things from the side of chemistry and analyze disorders inherited by the body—an interest that would guide him throughout his career.

Upon earning Bachelor of Medicine and Bachelor of Surgery degrees from the University of Birmingham in 1959, Dr. Donaldson served as a house physician at Selly Oak Hospital and then a house surgeon at Birmingham Women's and Children's. Subsequently, he found success as a Senior House Officer in Clinical Pathology at Queen Elizabeth Hospital from 1960 to 1961; a Registrar in General Medicine at Leeds General Infirmary and the Leeds Teaching Hospitals from 1961 to 1962; an Assistant Resident Medical Officer at Leeds Teaching Hospitals from 1961 to 1962; and a Registrar of General Medicine at Keighley and District Victoria Hospital from 1963 to 1964. Following these appointments, Dr. Donaldson developed his skills in the field of education as a lecturer of chemical pathology at the Institute of Neurology and National Hospital for Neurology and Neurosurgery at University College London Hospitals from 1964 to 1970. He later lectured on the subject of clinical biochemistry at London South Bank University from 1997 to 2011.

Over the course of his many decades in the field, Dr. Donaldson honed an expertise in pathology, biochemistry of medicine, dealing with mineral deficiencies and excesses, and evaluating components of the body for liver disorders and kidney problems. Early in his career, predominantly in the 1960s, he worked diligently on Vitamin B12 and its impact on hematology, chemistry, and genetic disorders—a topic he was especially interested in. He was also deeply involved in research surrounding chemistry of the human brain and psychiatric disorders that consisted of a basic chemical cause. In fact, these studies are at the heart of many of the books he has authored and co-authored, which include "Essential Diagnostic Tests in Biochemistry and Hematology" in 1971, "Diagnostic Function Tests in Chemical Pathology" in 1989, "Psychiatric Disorders with a Biochemical Basis" in 1998—the latter being the work of his that he is most proud of; it explores a very rare type of adrenal gland tumor called pheochromocytoma. Moreover, he has contributed articles to more than 100 professional journals and proudly held the rank of Deputy Honorary Editor for Journal of the Royal Society for the Promotion of Health from 1997 to 2004.

Additionally, outside of his primary endeavors, he sat as vice chairman of the Medical Subcommittee within the Marie Curie Memorial Foundation from 1978 to 1983 and as chairman of the Chemical Pathology Advisory Subcommittee at South West Thames Regional Authority from 1995 to 2000. As a testament to his myriad achievements, he has received the Prof. M. Mori Felicitation Award from the International College of Human Nutrition and Functional Medicine in 2002 and the Five-Year Voluntary Long Service Award from the National Trust in 2017. He has also maintained his connection to his industry, even in retirement, as an affiliate of the Royal Society of Biology, Royal Society of Chemistry, Royal College of Pathologists, Hunterian Society, Medical Society of London, International College of Human Nutrition and Functional Medicine, Royal Society of Medicine, Royal Society for Public Health, and Royal Geographical Society. He has also held memberships with the British Association for the Advancement of Science, now known as the British Science Association, Association for Clinical Biochemistry and Laboratory Medicine, Harveian Society of London, American Association for the Advancement of Science, and New York Academy of Sciences—among others. In his spare time, he has explored his passion for piano playing, which began at the age of eight, and has continued to perform with National Trust House, with some of these sessions lasting five straight hours; he performs once or twice a week.

Upon reflection of his astounding career, Dr. Donaldson sees his legacy as one of determination, discipline, and a love for hard work and challenges. To those striving to follow in his professional footsteps, he advised the importance of "never saying never and never saying always" and always putting sociology—the study of social problems and human society—above such areas of study as physics, chemistry, and psychology. He said, "Being a doctor is not just about science, but more about caring for people. You must be prepared to devote your life to it, and not go into it half-heartedly." 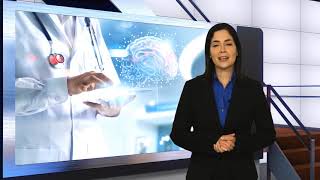