Keith D. Amparado Honored for Success in Administrative and Advocacy Roles Within the Education System

Notably, Mr. Amparado earned a place at the Shirley A. Chisolm Center for Equity Studies

NEW YORK, NY, July 28, 2021 /24-7PressRelease/ -- Keith D. Amparado has been included in Marquis Who's Who. As in all Marquis Who's Who biographical volumes, individuals profiled are selected on the basis of current reference value. Factors such as position, noteworthy accomplishments, visibility, and prominence in a field are all taken into account during the selection process.

For more than 40 years, Keith D. Amparado has excelled in administrative and advocacy roles within the education system and beyond—a rewarding career built on hard work, perseverance in the face of adversity as a gay Black man, the ability to help people, and the massive amount of support he received from his parents and others along the way.

Mr. Amparado currently serves on the Advisory Board of the Shirley A. Chisholm Center for Equity Studies, based at SUNY Empire's Brooklyn campus, which "examines and uncovers the roots, workings, and impacts of structural racism" and corresponding issues in the local community, all the while developing opportunities for underserved people through education. He has balanced this integral position with several other responsibilities over the years, including his role as founder and president of KDA Communications, which has been in operation since 1985. Additionally, he has found success as the President, Past President and recently Emeritus member of the Federation Board of Governors for SUNY Empire State College, Assistant Director at New York University from 1999 to 2017, a consultant for New York University Financial Systems from 1996 to 1998, a consultant for the NYC Board of Education Special Education Projects within KDA Communications from 1989 to 1996, and a market research consultant at KDA between 1985 and 1990. Prior to these appointments, he worked throughout the 1980s as a systems analyst for Morgan Guaranty Trust Company, a programmer and an analyst for European American Bank, and a senior technical editor for Manufacturers Hanover Trust. Mr. Amparado launched his robust career in 1974 as a supervisor of data processing for Franklin National Bank/European American Bank and then took his first professional step into the education system as the manager of the Center for Computing Activity at Columbia University from 1978 to 1980.

Outside of his primary endeavors, Mr. Amparado has lent his services as a consultant for the Siloam Presbyterian Church in Brooklyn since 1988, and sat on the Board of Advisers within the Chisholm Center since its inception in 2020. The only child of older parents, he witnessed his father contract cancer and his mother develop Alzheimer's disease in the 1990s. After his father's passing, he noticed his mother's condition worsening and was referred to someone in the New York State University hospital system, Lorna Walcott-Brown, who worked with the Alzheimer's Association—an organization in which he quickly ingratiated himself. He soon attended the Association's seminars and completed its training and became certified to facilitate support groups for caregivers of people with Alzheimer's Disease. After his mother passed, he created the Alzheimer's Caregivers Group at New York University, which remains in operation despite his formal retirement from the University. Through the Association (now known as CaringKind), he has also participated in speaking engagements, presentations, and has conducted training sessions himself, having even overseen the care of his much beloved neighbor, a retired psychotherapist who has been diagnosed with advanced dementia.

Beginning in 2000, Mr. Amparado created a scholarship dedicated in his parents' names at SUNY Empire State College, and in 2011, under the guidance of the Director, worked on the development and implementation of the Black Male Initiative as Steering Committee Chair. The Initiative's purpose has been to support and promote college degrees for Black and Latino male students as they continue to be the most underserved populations. Today, the program continues to strive and improve the lives of students. Under Mr. Amparado's guidance, and with the express approval of the Director, Black and Latino women have also been included in the Initiative.

Mr. Amparado's accomplished professional journey began "purely by accident," he noted, when he was a technical writer. While working this job, he had his eyes set on attending the College for Human Services, now known as Metropolitan College, from which he sought to work in human resources and change the world. During his fifth term at the institute, however, he took a course in market research and subsequently became close with its professor, Eric Stein, who took a liking to him as well and, at the end of the semester, offered him a job as a focus group moderator. While he was hesitant at first, he ultimately agreed and took part in numerous projects with his professor and began working for him full-time. When Mr. Stein took a teaching position at SUNY Empire State College, he urged Mr. Amparado to complete his education, and to do so at the school. In 1988, he not only earned a Bachelor of Science from SUNY Empire State College, but was also named to the Dean's List.

Over the course of decades bouncing job responsibilities between his alma mater and New York University, Mr. Amparado gravitated toward the Shirley A. Chisholm Center for Equity Studies on the Brooklyn campus. Chisholm, who was elected to the New York state legislature in 1964 and the second African-American woman to serve in Albany, held a special place in his heart as she and her husband lived in the apartment beneath him when he was a child. In fact, he recalled that each morning, she would give him a hug; she would later be an icon to him, but at the time, she was just a "really nice lady running for the State House." Through his ongoing conversations with her in the midst of her political career and during her retirement, as well as the President of the College and board members of the center itself, he became involved in a significant way.

Upon reflection of his life and career so far, Mr. Amparado hopes to be remembered by his peers as someone who worked with people on both professional and personal levels to provide the support they needed in order to develop a dream, pursue it and find happiness in their achievements. 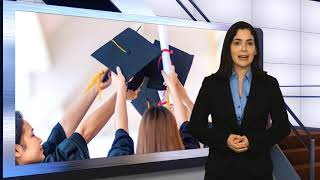