For 45 years, Mr. Aronson set the example for how selfless, compassionate, and impactful a pharmacist could be

NATICK, MA, August 27, 2021 /24-7PressRelease/ -- Joel Seth Aronson, RPh has participated in The Star Treatment, a prestigious video series hosted by renowned lawyer and television personality, Star Jones. This premier video series is extremely limited — Marquis Who's Who qualifies 500 listees on an annual basis for this elite service. Backed by a storied career in media that spans more than two decades, Star works closely with Marquis listees to assist with networking goals and commemorative efforts that can be shared with a worldwide audience.

As a renowned staff pharmacist for 37 years and as a renowned clinical pharmacy specialist for eight years, Mr. Aronson prided himself in going above and beyond for his patients, including veterans, prior to his retirement in 2019. With a strong work ethic, compassion for others, and a desire to provide the best and most affordable care to his patients, he excelled across several hospitals, pharmacies, and medical centers throughout the Boston area, most predominantly as an inpatient pharmacist. No matter the obstacles in his way, such as the blizzard he once trudged through in order to make it to work, Mr. Aronson has always been an essential player in his medical and health-care teams---making strong connections with his patients and contributing his services to the local community. In his words, it's the responsibility of a pharmacist "to make sure that the patients that you care for get the best health care available for them at a price that they can afford without any reservations."

Growing up in New York, Mr. Aronson gravitated toward his eventual profession at a young age. He developed an early passion for mixing ingredients together and eventually bought a chemistry set, believing that he would one day want to pursue a career as a chemist or chemical engineer. However, he came to realize that in order to become a successful chemical engineer, he would have to do well in calculus, which he didn't, and to be a chemist meant that he would have to learn a new language, as all of the books on chemistry were in German. But with a job as a pharmacist, he noted, "I didn't need to learn another language, I didn't need calculus but basic math, and I was able to mix ingredients together." So, one summer, he worked at a pharmacy warehouse for Eckerd Drugs in Florida, having a few opportunities to fill medicine orders. With some hands-on experience under his belt, Mr. Aronson graduated from Plainedge High School and set off to achieve his dream at the College of Pharmacy University of Louisiana at Monroe, where he obtained a Bachelor of Science in pharmacy in 1972.

Working his way through the ranks as a pharmacy intern at Stephen's Pharmacy and as a pharmacy graduate intern at Brookline Pharmacy, Mr. Aronson began working full time in 1974 as a staff hospital pharmacist at Boston City Hospital, where he remained for 22 years. In this post, he was an elected union shop steward, handling grievances between management and union employees when it seemed as though management violated certain articles of the union contract and helped management to supervise weekend and holiday schedules for the pharmacists. He was also on a joint steering committee, which oversaw the merger of Boston City Hospital with Boston University's University Hospital. As a testament to his dedication at work, Mr. Aronson shared the following anecdote. In February of 1978, a heavy snowstorm was accumulating in Boston. When he woke up one day, Mr. Aronson found that no buses or aboveground trains were running, so he walked from his apartment in Revere to the Maverick Square Station in East Boston. From there, he was able to catch an underground Blue Line train to Government Center, and then hopped on a Green Line train to Copley Square, which was the closest train station to Boston City Hospital. He trudged through the snow to get to the hospital, although by the time he got there, he was about two and a half hours late for his 8 A.M. shift. After work, he chose to make the long journey back home rather than stay overnight at the hospital. The next morning, conditions proved to be even worse - "I found out I couldn't go anywhere because all the streets around me were flooded because the ocean had overflowed, and, therefore, I had to stay home and call out for that day," he said. For his commitment to his responsibilities on the day of the blizzard, he received a commendation from Boston City Hospital and it was added to his personnel file. In addition, Mr. Aronson, along with two colleagues, once endured an unsuccessful stressful armed robbery at Boston City Hospital while working a weekend shift---which he is now able to laugh about as a reflection of "seeing it all" in his line of work.

After Boston City Hospital, Mr. Aronson served as a full-time staff pharmacist at Boston Medical Center in 1996, a role he held until 2002. He was subsequently active as a part-time pharmacist at Family Med Pharmacy. Costco Pharmacy, CVS Procare, and Target Pharmacy, before his rewarding employment at the Department for Veterans Affairs Medical Center in Providence, RI, where he worked as a full-time staff hospital pharmacist from 2004 to 2011 and a clinical pharmacy specialist from 2011 to 2019. For the veterans, he wanted to ensure that they got the best and most proper care that could be given, for which he was greatly appreciated and respected---he was even recognized with an "I Care Leadership Award Pin" by the U.S. Department for Veterans Affairs. "I went out of my way to help the veterans and I didn't want them to have a hard time to go to the next step," he said. Outside of his primary roles, he also served as a volunteer trainer to pharmacy technicians, pharmacy students, and pharmacy residents.

Over the course of his robust career in the pharmacy field, Mr. Aronson has experienced a dramatic evolution in the way his job is done. Speaking on this, he noted, "When I first started, [the job] was pouring liquids into bottles and counting pills in bulk, without knowing what the medications were being used for to treat patients. Then came patient paper profiles, where patients' medications, allergies, and medical conditions were listed. Then we went to unit dose, where the medications were pre-packaged into individual packets and physician paper orders were created." He then saw the advent of machines that dispensed medications like a vending machine, barcodes on medication that correlated with patients' wristbands, and ultimately computers where physicians entered their medical orders to be verified by pharmacists, which, he said, changed the industry for the better. Mr. Aronson's environment changed from one working in a basement environment with no personal patient and physician contact to an environment where he would make patient rounds with physicians in the hospital, sit and attend discharge-planning meetings, counsel patients on a one-to-one basis when they were being discharged from the hospital, and answer phone calls from all medical professionals. Mr. Aronson is a dedicated member of the American Pharmaceutical Association, Massachusetts Pharmaceutical Association, Massachusetts Society of Health-System Pharmacists, and American Society of Health-System Pharmacists. He advises that a good pharmacist should be compassionate, understanding, accurate, responsible and a good listener. Additionally, it is crucial to ensure that a pharmacist's work is complete and error-free, and that the pharmacist is able to follow policies and rules without management supervision. Stressing the importance of being able to work independently, Mr. Aronson feels that it is essential to be "able to find the right answers for questions from all types of people - patients or medical personnel." 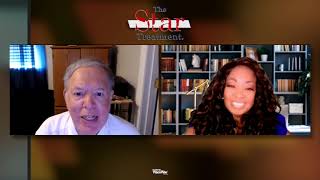