Notably, Ms. El Gammal received the Award for Excellence in Business in 2007

LEUDELANGE, LUXEMBOURG, September 02, 2021 /24-7PressRelease/ -- Laila El Gammal has been included in Marquis Who's Who. As in all Marquis Who's Who biographical volumes, individuals profiled are selected on the basis of current reference value. Factors such as position, noteworthy accomplishments, visibility, and prominence in a field are all taken into account during the selection process.

For several years now, the family-owned Nobeltex—a dominant provider of textile machinery and accessories, air conditioning systems, and fire protection systems—has established itself as a renowned company under the exceptional leadership of Laila El Gammal, its President and Managing Director, who was once told by her father that management of the business was a man's role. Nevertheless, Ms. El Gammal proved her worth as an expert in sales, an agent for first-class international suppliers, and an award-winning businesswoman, whose hard work, persistence, and skills have put the thriving company on the map.

Growing up in Egypt, Ms. El Gammal knew a lot about textile machinery as her father, Mohamed Hussein El Gammal, an engineer who stood as a pioneer of the spinning and weaving industry in the country, served as the managing director of the four biggest companies, Misr Mehalla El Kubra, Misr Fine SPINNING KED, Misr Damietta and Misr Beida Dyers.

Though an integral figure in the field, he fell on hard financial times as a result of Egypt's post-revolution government confiscating all of his properties and belongings, and thus started a private business. During this time, in the late 1950s and early 1960s, Ms. El Gammal had been excelling as a student and—striving to seek her father's approval—set her sights on a career in engineering to follow in his footsteps. While her eldest brother let him down by not becoming an engineer, she "made his dream come true" when she earned a Bachelor of Science in Chemical Engineering from Alexandria University in 1963. She would also later obtain a Master's degree in this field in 1968. Given that she excelled academically—so much so that she joined the faculty of her alma mater's engineering department upon graduating—she thought her father would be quick to enlist her to work in his office; however, this was not the case when she later recalled he made it clear that "this was not a job for girls." She didn't let that slow her down, though, as she subsequently worked as an engineer at the National Spinning and Weaving Company and on the production line at the Dyeing & Bleaching mill.

Still unsatisfied, Ms. El Gammal was then transferred to Misr Rayon Company, which at this point was presided over by a man named Hassan Nagi, not her father—but that didn't stop many people within the company from saying that she was only successful because of whose daughter she was, which couldn't have been further from the truth. The company's president frequently called on her for assistance when it came to meeting and guiding foreign delegates who visited the factory, and she was even chosen among more than 30 other engineers to train in Russia—as she fulfilled all the necessary requirements. Following her rewarding one-year excursion to Russia, she resigned from Misr Rayon and devoted her time to teaching chemistry and physics at two French schools, Notre Dame de Sion and College de la Mere de Dieu, in order to sustain a good income and better raise her three children. At this point, her father was in his late 70s and approaching retirement, having watched the near-collapse of his office as business had worsened. During lunch together, she told her father she planned to work full-time as a teacher, to which he unexpectedly responded, "My daughter the engineer cannot become a teacher….you take charge of my office." With her father finally realizing that his brilliant daughter was beyond fit to assume the leadership position, Ms. El Gammal began the strenuous task of lifting her father's company from the ashes of financial ruin and building it back up.

All these years later, Ms. El Gammal has managed to lead a family-owned group of three companies—G.I.E.S., Nobeltex, and IEI—to great success and make a name for herself as a top-tier businesswoman. She has grown the company from about 10 employees when she inherited it to more than 60, and separates it from competition through 24/7 dedication, ensuring that customers encounter "no" mistakes or problems with their products by performing quality assurance inspections, investing in her staff with good salaries and bonuses, and continually being reliable and honest. Additionally, she has maintained her professional prowess by recognizing how important it is to prioritize and respect people—whether they're employees, customers, or fellow business leaders. When it comes to the business, Ms. El Gammal has said she is "not after money, but success."

Among numerous accolades throughout her career, Ms. El Gammal was especially honored to have received the Award for Excellence in Business in 2007 and be invited to the World Bank as one of the ladies' entrepreneurs of the Mena region. As she approached her own retirement, she continued the company's family tradition but this time with a more modern approach—after training her daughter, Nayla El Tawil, also an engineer, for many years, she has passed her talents and expertise down to her. Nayla, who has served as vice president of Nobeltex, has since succeeded to take over her mother's role. In retirement, Ms. El Gammal aims to spend time with her children and four grandchildren. 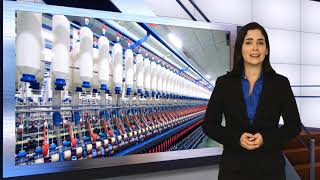