Well-established in his field, Dr. Andronesco currently excels as a professor at the University of Bridgeport

ANSONIA, CT, October 07, 2021 /24-7PressRelease/ -- Dr. Nicholas Andronesco has been included in Marquis Who's Who. As in all Marquis Who's Who biographical volumes, individuals profiled are selected on the basis of current reference value. Factors such as position, noteworthy accomplishments, visibility, and prominence in a field are all taken into account during the selection process.

A gifted and prolific mind in the fields of physics, mathematics, and literature, the award-winning Dr. Nicholas Andronesco has contributed countless research papers, books, methods, and projects that have shaped his industries for several decades. For more than 20 years, he has transferred his vast wealth of knowledge and hands-on experience to the lecture hall as an impactful educator, and hopes to leave behind a legacy of establishing a more precise line of communication among people.

Growing up in Romania, Dr. Andronesco was raised in a family that was pressured by the country's then-one-party communist regime; they, in turn, lost a lot, and he learned early on what it meant to persevere. His parents often taught him of one's rights and encouraged him to follow his dreams. Driven by motivation, his earliest passions lay in building airplanes and filmmaking. He completed coursework in movie production and direction as his biggest dream was, and still is, to make films. At that time, he also had the opportunity to meet the president of cinematography at the I.L. Caragiale Institute of Theatre and Film Arts in the city of Bucharest, who advised him to study physics and mathematics before delving into cinematography, as it was a requirement needed to graduate from college. He subsequently developed a love for physics and mathematics, even participating in physics Olympics in college, but upon graduating, he still felt like he wanted to study cinematography and build a career in film. This wasn't possible, however, as the film industry's competition was tough and fierce and, coming from an impoverished family, he could not afford the costs that went into making movies, and so he couldn't enroll in film school. Undeterred, however, he earned a Master of Science in statistics, economic cybernetics, and artificial intelligence in increasing productivity, and has since accumulated 440 college credits in a variety of subjects over the course of decades; he most recently obtained a Doctor of Philosophy from the University of Bridgeport in 2007 and a Master of Science in Physics from Southern Connecticut State University in 2016.

Throughout Romania, Dr. Andronesco established himself in the field of physics, frequently presenting papers and lecturing across many venues, including the National and Archaeological History Museum of Constanta, as well as finding success as an international physics coach—a position through which he prepared students for the USA International Physics Olympiad qualifying semifinals. He would later, in the late 1990s, serve as a coach for the Yale Physics Olympics. Between 1983 and 1985, he worked on a vast number of projects that combined physics, mathematics, and education, the research from which proved to be invaluable to students. A strong advocate for high-level education all throughout his career, his main areas of focus have been the research he conducted around the publication of "Cybernetic Atom 2012" and the system he experimented with in order to better teach physics to students. Since arriving in the United States in 1991, he has excelled as a professor of physics at Fairfield University School of Engineering and, since 2001, at the University of Bridgeport. In 1991, he was invited to attend conferences by 17 science and math congresses in nine countries such as Austria, Germany, Spain, Portugal, Nova Scotia, Canada, USA, Slovakia. He also received invitations for science conferences in Japan, Peru and Argentina.

A brilliant academician and researcher, Dr. Andronesco has authored and contributed to several books, studies, papers, articles, journals, short stories, poems, and theses since the 1970s—totaling approximately 1,400 written works. Among several other works, he has authored "Discourse on the Method: Introduction to Cybernetic Analysis Literary," "Constructivism in Physics Knowledge," "Constructivism in Education," 18 volumes of "Economy & Management," and seven poetry books. One of Dr. Andronesco's poems is titled, "Mother," and is dedicated to Elena Andronesco:


You call again "I have a lot of pain

I can't remember many things but you

How is your life my boy of hills and plain?"

That's your love for me no other clue

"My boy of hills and plain" like years before to be

You say with feelings far away from childhood

That fascination with hills and plain was me


Can we tomorrow go back to our places

With prunes and pears with brooks sunflowers

Where young we were with happy smiling faces

Moonrise, Ion Corvin our house, a time of powers?


Mother let's listen to the phonograph

You have my love my books my photograph


In addition, he wrote "Constructivism in Mathematics" for the Creative Availabilities in the World International Symposium at Alexandru Ioan Cuza University in Romania in 2010. His myriad papers have been presented for the 10th Congress of Romanian Culture in Eastern Connecticut, the Rutgers Center for Operations Research in New Brunswick, New Jersey, and the University of Coimbra in Portugal. Since 2015, he has been named "Best Romanian Poet, "Best Scientist," "Best Creator of Prose and Film & Literacy Critic" by the literary magazine, Literatura & Arta, of the Republic of Moldova. The highlight of Dr. Andronesco's career has been co-writing and translating "Resurrection from Hell" and seeing it nominated for the Nobel Prize for Literature in 2016.

A devoted honorary member of the Academy of Science, Culture & Arts, Dr. Andronesco has also been affiliated with the Romania Society of Physics and Chemistry, German Society for Mathematics, Economy, and Operations Research, and the Bilingual Society of Bridgeport Schools. Looking toward the future, he would like to still be teaching at the collegiate level, but he also hopes to direct movies; he previously achieved his earliest dream by helming the eponymously named film "Nicholas Andronesco." He would like to be remembered by his peers as someone who worked so hard, and accomplished so much, that he never slept. 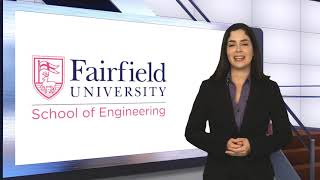