Dr. Young Suh Kim Honored for His Contributions to Physics

Named emeritus professor at the University of Maryland in 2007, Dr. Kim is still active in his research activities

BELTSVILLE, MD, November 02, 2021 /24-7PressRelease/ -- Dr. Young Suh Kim has been included in Marquis Who's Who. As in all Marquis Who's Who biographical volumes, individuals profiled are selected on the basis of current reference value. Factors such as position, noteworthy accomplishments, visibility, and prominence in a field are all taken into account during the selection process.

Albert Einstein once said, "Life is like riding a bicycle. To keep your balance, you must keep moving." Perhaps nobody exemplifies this notion better than Dr. Young Suh Kim—an accomplished physicist, educator, photographer, traveler, and a self-described "freedom-loving boy" and lifelong student who initially embarked on his professional journey because he wanted to one day meet and talk to his hero, Einstein. Though the encounter never occurred, his ingenuity in the field of physics has allowed him to add to Einstein's legendary theories and publish his findings to the amazement of his colleagues. After more than 40 years of teaching, Dr. Kim retired in 2007 and was subsequently honored with the title of Professor Emeritus from the University of Maryland; since then, he has stayed busy conducting research, writing papers, releasing books, and making his work and exciting life known to the world through his immersive website.

Born and raised in Korea, Dr. Kim attended Seoul High School in the early 1950s in the midst of the Korean War. Although the school grounds were damaged and he had to temporarily study off-site as a result, he has considered it "the best high school in the world" and attributes his career success to the educational system in his home country before his relocation to the United States to pursue undergraduate studies. In fact, it was the mathematics he learned in high school that he would later use to extend Einstein's theory. He continued to excel in academia at the Carnegie Institute of Technology, now known as Carnegie Mellon University, in Pittsburgh, Pennsylvania, where he earned a Bachelor of Science in physics in 1958. Following this accomplishment, he received a letter from Princeton University informing him that he was one of 15 students admitted to its graduate program in physics. "This was the happiest day in my life," he later wrote, as attending Princeton was the closest he would get to being in the presence of Einstein, who occupied an office in the school's mathematics building in the 1930s and then moved to the nearby Institute for Advanced Study. Fueled by the fire of the late genius, Dr. Kim obtained a Doctor of Philosophy in physics from the university in just three years, in 1961—by which point he had three research papers published in the Physical Review and Physical Review Letters, the journals of the American Physical Society.

After staying as a postdoctoral fellow at Princeton from 1961 to 1962, Dr. Kim became an assistant professor of physics at the University of Maryland. He was promoted to associate and full professor and became an emeritus professor in 2007. In the early years of his time at the university, he had a great mentor named John S. Toll, the chairman of the Department of Physics, who assigned him to act as a personal assistant to Paul A. M. Dirac, a Nobel Prize-winning physicist, when he visited the school. During his brief time with Dirac, Dr. Kim learned a lot from him and was led down a path focused on quantum mechanics and the Lorentz group—the language of Einstein's special relativity—both areas that would consume his research and writing for years to come. Through these interests, he has developed papers resolving the issue of how the hydrogen atom appears to moving observers—which is a concept that both Einstein and Niels Bohr struggled with; Bohr was interested in the electron orbit of the hydrogen atom and Einstein was worried about how things looked to moving observers. Noting that hydrogen atoms moving with relativistic speeds appeared to be an issue that remained unresolved, Dr. Kim, with his long-time colleague named Marilyn Noz, constructed a wave function for the moving bound state, and called it "Lorentz-covariant harmonic oscillator wave function." This wave function provides a resolution to the Bohr-Einstein issue of the moving hydrogen atom. During this process, Dr. Kim used the mathematical formalism developed by Eugene Paul Wigner of Princeton University, who received his Nobel Prize in 1963. In 1939, Wigner published a paper on the internal space-time symmetries particles with space-time extensions, just like the hydrogen atom. Wigner was so happy with Dr. Kim's papers that he invited Dr. Kim to publish a number of papers with him. These joint Kim-Wigner papers reinforced the research results Dr. Kim published earlier with his younger colleagues on the Bohr-Einstein issue of the moving hydrogen atom.

Dr. Kim started publishing his papers in 1961 while he was a graduate student at Princeton University. As an emeritus professor at the University of Maryland, he is still active in his research activities. His long publication list includes "Covariant Harmonic Oscillators and the Parton Picture" in the Physical Review D, "Gauge Transformations as Lorentz-boosted Rotations" in Physical Letters, "Representation of the Poincare Group for Relativistic Extended Hadrons" in the Journal of Mathematical Physics, and "Observable Gauge Transformations in the Parton Picture" in Physical Review Letters. In recent years, he is interested in the question of whether Einstein's E = mc2 can be derived from Heisenberg's brackets for quantum mechanics. He published a number of papers on this subject, including "Einstein's E = mc2 derivable from Heisenberg's Uncertainty Relations" in Quantum Reports.

In addition, he has co-authored several books, including "Theory and Applications of the Poincare Group" in 1986, "Phase Space Picture of Quantum Mechanics" in 1991, "Physics of the Lorentz Group" in 2015, "New Perspectives on Einstein's E=mc2" in 2018, and "Mathematical Devices for Optical Sciences" in 2019. This past year, he released the second edition of "Physics of the Lorentz Group," and plans to write a new book on Einstein and his role in world history. A longtime member of the American Physical Society and a recognized individual by the International Association of Top Professionals, Dr. Kim takes pride in the fact that though he is in a collaborative field, he has been an independent thinker who doesn't mind being isolated if he wants to push his own original and new scientific ideas—he hopes to be remembered by his peers and students as a physicist who always stuck to his own belief.

In his spare time, Dr. Kim loves to travel around the world, meet new people, speak with students, and take photographs. He enjoys constructing webpages, using the photos he took while traveling. 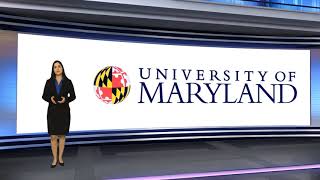